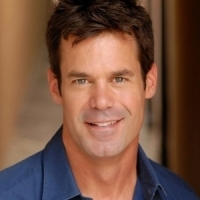 (SoapOperaNetwork.com) — In a move that should surprise no one, Tuc Watkins will be returning to “One Life to Live” for the umpteenth time this summer as his onscreen alter ego David Vickers Buchanans comes back to Llanview fresh from taping his biopic “Vicker Man,” to settle into married life with Mayor Dorian Lord (Robin Strasser).

That’s right, Watkins is making another world-wind trip to the “One Life” revolving door. The actor began filming his scenes several weeks ago, which was recently confirmed by both Strasser, and Jim Romanovich (President of Worldwide Media and Entertainment) who tweeted on May 20 that, while he was visiting the “One Life” studios, he saw “Tuc Watkins back on ‘OLTL’ set. He is one of the funniest guys I have ever seen.”

However, like nearly all of Watkins’ stints on the show, don’t expect him to hang around for very long. It has been speculated that David and Dorian will ride off into the sunset together later this year, due to the fact that Strasser announced earlier this month that she is leaving “One Life to Live” before the show wraps production in November, due to needing back surgery.

In the meantime, fans can expect David to try to lighten the mood (but maybe not raise the spirits) of his troubled kinfolk, most of whom are already, or will soon be, facing their own trials and tribulations.

Look for Watkins to first air on Wednesday, June 22, when Dorian gives her new hubby a lukewarm reception.