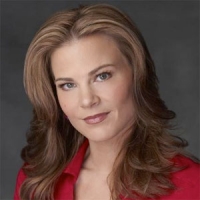 (SoapOperaNetwork.com) — Only one year after returning to “One Life to Live” as Kelly Cramer, is Gina Tognoni already leaving the show? The answer is yes, according to one of her co-stars.

Robin Strasser, who plays Kelly’s aunt Dorian Lord on “OLTL” and scheduled to leave the soap this summer to have back surgery, set the Internet abuzz over the Memorial Day weekend when she made a surprising tweet involving both her herself and Tognoni. “Have no control over how they’ll write Dorian/Kelly off by July 1- I haven’t had significant story in years-hoping they’ll do D. and K. good,” Strasser tweeted on Sunday.

For her part, Tognoni has remained silent on the issue on her Twitter page and, due to the holiday weekend, a “One Life” spokesperson could not be reached for comment. Soap Opera Network will continue to follow this developing story and bring you further details as they develop.

How do you think Kelly will exit Llanview? Will she leave with Dorian, or on her own? Here’s your chance to sound off!