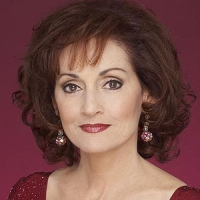 (SoapOperaNetwork.com) — Say it isn’t so! After playing Dorian Cramer Lord on “One Life to Live” on and off for the past thirty years, Robin Strasser is once again leaving Llanview. The actress broke the news on Twitter earlier today, saying that a medical issue would prevent her staying with the show, which was cancelled last month by ABC, until it wraps up production in mid-November. The final episode of “One Life to Live” is expected to air on January 20, 2012.

According to Strasser, “I’ll have to leave ‘OLTL’ sooner than the cancellation date, for compelling health reasons. Unable 2 meet high standards I owe our great show.BUMMER! Darn right. WISDOM indicates a GRACE-full exit, before I fall on my bum. Always leave ’em laughin”. With Tuc [Watkins] and luck, hope I will!”

The 66-year-old actress, who is also currently the oldest contract cast member on “One Life,” commented recently that she suffers from back problems, tweeting last week that she “May have to have another back surgery. 2004, 2 discs were operated on, the pain got worse. I know it’s worked for many-but DQD is daunted.”

In related news, Strasser also revealed that Tuc Watkins (David Vickers Buchanan) would once again be returning to the show in the near future (imagine that), saying “GREAT Tuc Watkins back in Llanview. Dorian diminished when he’s not doing David. Joked I wuz the Widow Watkins but wuzn’t feelin’ the funny.”

She also reveals that she will be “Working with Kim Zimmer [Echo] at 7:30am 2moro [Wednesday]! She’s black belt/kick butt/fantastic! Gotta study and catch zzzz’s,” and that she taped scenes on Tuesday of this week as well.

A final airdate for Strasser is not known at this time, however, given that the show currently tapes about two months in advance, she will likely continue to appear onscreen into at least the first part of summer. And, judging by her comments, David appears to be returning to help usher Dorian out of Llanview.

Strasser took over the role of Dorian in 1979. After leaving “OLTL” in 1987, only to return again from 1993-2000, and from 2003-present. She also appeared in several other soaps including “Another World,” “All My Children,” and “Passions,” along with guest starring in numerous television shows.