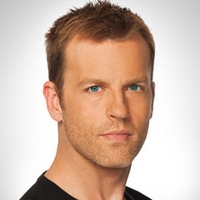 Marty reveals she’s been hiding in the pool house behind Todd’s house, with the baby. Marty warns him he has to hide her, because she can expose his dealings with Tomas and bring to light a computer disc that could be damaging to him. Todd goes to look for the disk and it’s gone. John appears and Marty hides. Todd covers but John is still suspicious.

Brody fills in John regarding Bess’s clue about Todd knowing where Marty is hiding. John acknowledges the twisted relationship between Marty and Todd, and that he’s hidden her before. Brody apologizes to John for blaming the baby’s disappearance on him.

Roxy brings the a psychic to Natalie to track down Liam. The psychic confirms that Liam is alive, and also that Brody and Natalie kissed to Roxy’s surprise. Brody asks the psychic if Marty is with Todd, but at that moment Marty isn’t with Todd and so the psychic doesn’t see it.

Brody tells Natalie that Todd could be mixed up in this.

Blair and Tomas, and James and Starr are all embarrassed to find each other at the Palace. Both couples pretend they’re just there for drinks. They intend to sneak upstairs but Blair ends up on the elevator with James and Starr ends up with Tomas. Both couples finally get to their rooms, and the two guys don’t reveal to their women that the other woman is there about to have sex. Blair and Tomas are about to make love when Blair steps into the bathroom. Tomas sees Todd is calling him.