Home / News / Josh Duhamel Return in Works at ‘All My Children?’ 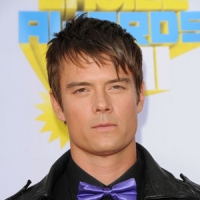 (SoapOperaNetwork.com) — “All My Children” fans know that “Transformers” hero Josh Duhamel started his acting career playing Leo du Pres on their favorite ABC soap in November 1999. In that time the talented 38-year old actor earned three Daytime Emmy nominations in the category of Outstanding Supporting Actor and took the coveted Emmy home in 2002. Duhamel broke the hearts of many “All My Children” fans when he chose to depart the show and Leo vanished into Miller Falls in October of that year. But with Pine Valley set to close up shop for good on Friday, September 23 is there a chance for Mr. du Pres to rise from his watery grave? On Thursday, May 19, a cryptic Duhamel went on “The Ellen DeGeneres Show” to discuss that very matter (see video below).

Two days prior, on Tuesday, May 17, Duhamel also took to his official Twitter feed to leave commentary that was as interesting. When asked by a curious Twitter follower if he’d be “willing to come back to if asked,” the popular actor fired back that “[AMC] fans will just have to wait and find out :>.” Further speaking towards Duhamel’s openness to a return, on April 14 (the day “All My Children’s” cancellation was announced) the actor also tweeted “LEOLIVES.” On “AMC’s” Official Facebook Page, also on May 17, the actor unexpectedly dropped by and left this message: “Leo’s just stopping by & saying hi! How’s everyone doing?” All of this leaves many of us speculating that the actor and the ABC soap have already discussed the possibility of a return. This past Friday, Daytime Confidential’s Jamey Giddens reported on his podcast that their reliable “All My Children” sources have confirmed that contact has indeed been made.  Stay Tuned as this story continues to develop!

After departing “All My Children” in 2003, Duhamel enjoyed a successful run in prime-time. He landed a leading role on the NBC drama “Las Vegas” opposite James Caan. The series ran for five seasons from 2003 to 2008. Since then, Duhamel has kept busy on the big-screen. He has starred in the successful “Transformers” series of films. “Transformers: Dark of the Moon,” produced by the great Steven Spielberg, opens in theaters on June 29. Some of Duhamel’s less successful movies include 2004’s “Win a Date with Tad Hamilton!” opposite Kate Bosworth and 2010’s “When In Rome” opposite Kristen Bell and “Ramona and Beezus” starring Selena Gomez. Before landing acting roles, Duhamel was a model and appeared prominently in Donna Summer’s “I Will Go With You” and was an extra in Christina Aguilera’s “Genie in a Bottle.” The actor has been married to singer Stacy “Fergie” Ferguson from the Black Eyes Peas since January 2009. The couple is rumored to be expecting their first child.