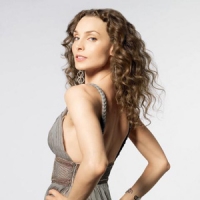 Kendall gets Ricky to admit he killed Zach and how. Ricky discovers a tape recorder under her clothes when he rips them off to make love and smashes it. Kendall threatens to use her gun. Griffin gets arrested and tries to tell the cop that Kendall is in danger. Tad shows up and defends Griffin; he knocks the gun from the cop’s hand so Griffin can escape.

Marissa tries to console Bianca as she has horrible memories of Michael Cambias and the rape. The girls break out of the closet and Marissa gets Bianca to the hospital.

Jake asks Amanda why she would throw her “possible pregnancy” in Cara’s face. Jake is surprised when he learns from a nurse that Amanda isn’t pregnant. Unaware that Griffin never left PV, Cara thinks he’s dead after seeing a news report about danger in Afghanistan. She decides to go look for him but Jake stands in her way and the two share a close moment. Tad wants to tell Cara the truth about her brother as he feels it’s wrong to still keep it from her. Tad tells Amanda that he knows her marriage is in trouble and she should go home and fix it.