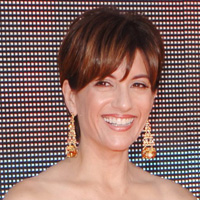 (SoapOperaNetwork.com) –“Ugly Betty” star Tony Plana informs Entertainment Weekly that his wife has landed a role on “One Life to Live.”

EW recently caught up with Plana and his “Ugly Betty” co-stars for a panel discussion at New York City’s Paley Center for media, in celebration of ABC’s announcement that it was picking up the primetime telenovela for a fourth season.

When Plana, who portays Betty’s (American Ferrera) father Ignacio Suarez, was asked about he personally celebrated the early renewal, he commented that he took his family out to dinner and treated them to “some really expensive wine.”  After stating that he missed the recently canceled primetime dramas “Pushing Daisies” and “Eli Stone,” Plana let it slip that his wife (Ada Maris) just got a job on “One Life to Live” and that “I’m a loyal guy,” when it was noted that all the shows aired on the Alphabet Network.

Maris is perhaps best known for the role of Gina Cuevas on the NBC comedy “Nurses” from 1991-94.  The show centered around a hospital in Miami, and was a spin-off “Empty Nest” which, in turn, was a spin-off of “The Golden Girls.”  Following the show’s cancellation, Maris appeared in an episode of “The Cosby Show” as the wife of a community-center director played by musician Tony Orlando.  It was hoped that the episode would serve as the pilot for a new sitcom entitled “Maris and Orlando,” however those plans never materialized.  From 2004-05, Maris portrayed Captian Erika Hernandez on “Star Trek: Enterprise,” and Sonia on “The Brothers Garcia” from 2000-2003.

The actress has also made numerous guest appearances on such shows as “The District,” “Home Improvement,” “Walker, Texas Ranger,” “Nash Bridges, “Hill Street Blues,” “Knight Rider,” and “Hunter.”  Film credits include “About Last Night…,” “Miracle on Interstate 880,” “My Little Assassian,” “The Egg Plant Lady,” and “Change Your Life!.”

A spokesperson for “OLTL” would not comment on the news, nor on the undisclosed role Maris will play on the sudser. SON will continue to follow this story as it develops.