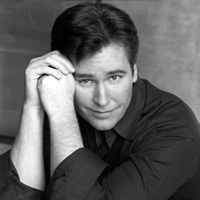 Opal tells Amanda she sees something blooming between Tad and Cara. Amanda clues Opal in to her plans to have another child with Jake. Despite Jake’s initial protest, Cara wants to see Mackenzie, the sick little girl, to reassure her about her ‘isolation’. Tad tells Jake he shouldn’t encourage Cara with Mackenzie and needs to let go of her, he’s married. Jake wonders why Tad’s even bothered since the marriage between him and Cara is one of convenience. When Mackenzie’s father sees Cara in his daughter’s room he yells at Jake and shoves him. Jake winds up falling, hitting his head and going unconscious. Cara rushes to his side and when he comes to reassures him that he’ll be ok, they’ve been through worse. As Cara exits off with Tad she looks back to the close moment between Jake and Amanda. Amanda comes in to console Jake but when he looks at his wife’s face he sees Cara.

Ricky continues to try and get physical with Kendall until he hears glass break in the hallway. It’s just enough of a distraction to interrupt the moment and when he returns Kendall insists if things went any further they’d both regret things in the morning. Griffin’s the one who created the distraction and when Kendall leaves she thanks him for saving her. When Ricky asks Jack if he can use the yacht for Kendall he agrees. Alone, Ricky looks at the engagement ring he bought for Kendall and vows this time she won’t “get away”.

AJ and Miranda tell Bianca and Marissa that AJ got into a fight but Miranda takes the blame. Turns out AJ shoved another little boy because he was giving Miranda a hard time about the Erica/Bianca tabloid piece and another little girl called Bianca a “lezzy”. Bianca’s hurt and knows what it’s like to grow up in the spotlight because of your mother. Marissa consoles her friend, promising to fix things.