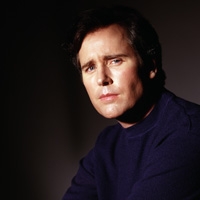 Cara ignores Griffin’s request for her to stay away from the bail hearing because of the danger and insists she will stand by him. He then asks Tad to keep Cara away from helping find out who framed him because it’s dangerous and Tad agrees. The bail hearing doesn’t go well and Griffin continues to worry about Kendall. Ricky, meanwhile, works to get Kendall’s mind off Griffin. Ricky admits to Jackson that he has feelings for Kendall. Ricky gets a call that Griffin’s bail was denied and tells the mysterious person on the other line to kill Griffin in his jail cell.

In an effort to get his family back together, JR gives Marissa the chip from the AA meeting since he couldn’t have been sober without her and she tells him that Reese agreed to full custody.

Krystal’s upset when Jackson tells her the wedding is still on and admits to Tad that she does have feelings for Jack. Marissa asks Krystal about the wedding location and invites her to travel down to St. Bart’s to share the good news with Bianca and enjoy themselves. Caleb declares his love and asks Erica to take a chance with him.