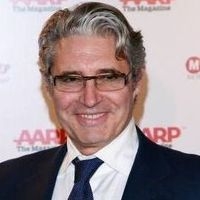 Jack is convinced Caleb snatched Erica after talking to Opal and heads off to confront him. Greenlee is convinced that Erica ditched Jackson again. Both Kendall and Bianca defend their mother and know she wouldn’t run off without a reason. The girls split up to find their mother. When arriving at Krystal’s, Jackson sees Caleb who claims he doesn’t know where Erica is since he assumed she didn’t chose him when she didn’t show up at the airport. Erica is being held against her will and demands to know who her kidnapper is. At first Erica is sure her kidnapper is Caleb but soon realizes that’s not true. Erica realizes that she’s in a replica of her bedroom as the voice makes his/her introduction.

Ricky consoles Kendall when she confides her conflict over the situation with Griffin. Meanwhile, Jake and Cara work together to help Griffin. Kendall learns Griffin was stabbed. Upon learning that Erica is not with Caleb, Kendall worries that the casino owners might have something to do with her disappearance. Kendall makes the decision to go back to Pine Valley to see Griffin to get to the bottom of what is going on. Ricky joins her while Bianca stays behind in case Erica shows up.

Amanda notices the closeness between Jake and Cara. Amanda listens in as Jake agrees to lie about Griffin’s condition to keep him out of jail for a while longer for Cara’s sake. Amanda shares her frustration about Jake and Cara with Tad and while he denies her paranoia, it’s obvious he’s a little bit unnerved as well. Amanda tells Jake the Castillo’s might get him into trouble.

As Greenlee talks to Ryan about Erica being an evil stepmother, Emma claims now she knows how she feels. A sensitive Greenlee appears to get through to Emma.