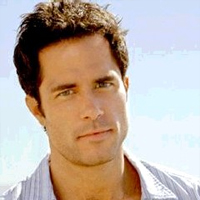 (SoapOperaNetwork.com) — As the mystery of Téa Delgado’s mysterious secret begins to unravel, “One Life to Live” works to recast a familiar face from her past.

Back in 2002, Todd Manning’s dasterdly plan to steal his children away from ex-wife Blair hit a snag when he, Téa, and Ross Rayburn, one of the goons Todd had hired to assist in the kidnapping, finds themselves shipwrecked on a deserted island.  In the weeks and months that followed, a twisted long triangle developed between the three castaways.

After witnessing a kiss between Téa and Ross, Todd is determined to get off the island anyway he can.  As he is about to depart however, he is confronted by Téa, who declares her love for him.  After the couple make love for the first time, Téa discovers a picture of Blair in Todd’s wallet.  Realizing he still carries a torch for his old flame, she painfully urges him to reunite with his family.  After making a homemade raft, Todd paddles himself out to sea, where he eventually washes ashore on the U.S. island territory of Guam.  Some time later, both Téa and Ross are rescued from the island.

Viewers were left to speculate as to what exactly happened to Téa in the six years between her island adventure and her return to Llanview last December.  Fans were futher intrigued by the revealtion that the character harbors a deep, dark secret.  Now it appears that the truth may soon be revealed.

Last week “OLTL” issued a casting call for the role of Ross, which was originally portrayed by Shawn Christian (Daniel Jonas, “Days of Our Lives”).  With Christian (right), spending his ‘Days’ in Salem, the soap is looking to recast the role.  Although some of the names and character traits have been changed in the audition script to try to throw people off, it is clear that Blair has tracked Ross down and that the two of them are talking about Todd,Téa, and John.

The scene opens with ‘Ross Raymond (aka Rayburn)’ asking ‘Millie Durgan’ if she is in need of assistance, and quickly recognizing her identity.  Millie informs him that she remembers that he is the scum who helped ‘Rick’ kidnap her kid several years ago.  When he attempts to assure her that he was just following orders, she erupts in anger.  Trying to calm her down, he reminds her the plan was a failure, it was a long time ago, and that she should enjoy her visit to Tahiti.  Still angry, Millie gives him the cold shoulder.

Ross tells her that’s he sorry, to which Millie tells him that he can keep his sympathy.  She goes on to say that she is actually there to dig up some dirt on ‘Amanda Taylor,’ whom Ross claims he hasn’t seen since they rescued from the island.  Millie fires back by telling him that she had heard that he had a woman living with him last year.  Ross shrugs off her accusations by saying that he is a lady’s man, and that he has been with lots of women.

After warning him that he better be telling the truth, Millie starts to call her brother, a cop and former FBI Agent.  Taunting Ross that he would to hear the whereabouts of a fugative, he responds by claiming that the feds can’t touch him since he is on foreign soil.  After warning him that he doesn’t know what her brother is capable of, Ross asks Millie if Amanda has been talking about much much.  Millie replies that Amanda has not said one word about him, but that it is clear that something happened between her time on the island and her return to Llanview last December.

Ross asks Millie why she is so worried about Amanda.  She tells him to mind his own business and that all he should be worried about his maintaining his freedom.  As the scene draws to a close, Ross tells Amanda that she must have some serious issues with Amanda to travel half-way around the planet to get the goods on her.  Futhermore he questions Millie about what she will do once he tells her what she wants to know, and asks her what will stop her from contacting her brother anyway.

Since “OLTL” reguarly tapes about 4-6 weeks in advance, and this role is still in the casting process, it will likely be sometime later this summer before it will air.

SON will continue to follow this story, and bring you more details as they become available.