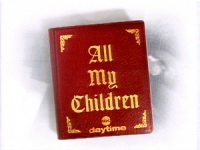 (SoapOperaNetwork.com) — “All My Children” Fan Club President Debbie Morris went to her official Twitter page to alert fans that Trent Garrett, who plays Asher Pike on the ABC soap, is not leaving the soap. Messages posted by @Trent_Garret on Twitter are from an impostor with an apparent fascination for wrestling. Morris elaborated that the real Garrett sent her an e-mail reading that “he does not have a twitter account and is not leaving AMC until September.”

Soap Opera Network apologizes to its readers for reporting the inaccurate information delivered by the impostor. Inaccurate information that included the aforementioned “news” of the early exit of Garrett from “AMC” and the potential for more exits to make room for “favorites” to return. SON will do our absolute best, including first making sure to get confirmation from show spokespersons in future comings & goings, to make sure that this does not happen again.