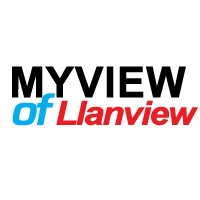 (SoapOperaNetwork.com) — “One Life to Live” learns to take the good with the bad….even when the bad outweighs the good.

(NOTE: This column was written on the evening of April 14th, less than 24 hours before the news of “One Life to Live’s” cancellation broke. I will talk more about that in a special edition of the column this weekend).

While watching “One Life to Live” the past few weeks, two things in particular have really stood out in my mind.  The first has to do with the uncharacteristic way the character of Charlie is being written off the show, while the other deals with bad acting sabotaging good storylines.

For those of us who watched Viki and Charlie’s romance blossom a few years back in Paris, Texas, the character assassination of Charlie at the hands of the “One Life” writers is difficult to fathom. Having him fall in love with his wife’s sworn adversary is never a good soap plot anyway, but in this case, it is especially bad. It’s as if Brian Kerwin, the actor behind the role, pissed in someone’s Cheerio’s or something. Why else would they write his character off the show in the way that they have. From what we have been shown and told about Charlie’s past since he first came onto the canvas, having an affair seems total out of character for him. What’s next?  Are they going to turn him into a bisexual serial killer district attorney like they did with Daniel Colson? Or maybe have him switch paternity test results like they did with Clint and Marty? They’ve destroyed Charlie’s character so much already, why not just finish the job and put him out of his misery? However, at least some good did come out this….it has given Erika Slezak (Viki) some juicy material to work with.

Moving on, what is up with all the bad acting on “One Life to Live” lately? Their apparent desire to flood the cast with pretty faces has seemingly backfired once again by several actors who seem intent on “hamming up” what should be serious scenes. Take the bullying storyline for example and the questionable acting choices of John-Paul Lavoisier (Rex) and Farah Fath (Gigi). Between his inappropriate facial expressions and her screaming, the scenes with Shane (Austin Williams) on the roof, threatening to jump did lose some of their intensity. And yes, I get that they are supposed to playing hysterical parents whose son is about to commit suicide, but even so, their performances feel flat. Much the same can be said for Andrew Trischitta (Jack Manning), who seems uninterested in what is going on around him. Instead of just reciting his lines, more or less, he needs to put more emotion into it. Personally, I think the only person really knocking this story out of the park is Austin Williams. His performance is much more believe than anyone else involved…..which, unfortunately, isn’t saying a whole lot. But still, I think Austin is doing a great job, and deserves a great deal of credit for helping save this particular storyline.

However, as bad as those discussed above can be, they all pale in comparison to the terrible acting of Kourtney Kardashian in her “OLTL” debut on March 28. Kardashian herself has stated several times that she is not an actor and, after watching her spend a day in Llanview, I can agree with her, which is shocking and even a little scary, because I would have never have imagined having something in common with Kourtney Kardashian. But her performance on the show makes Pee-Wee Herman look like a classically trained actor. She was just that bad. And the monotone delivery of her lines was reminiscent of those boring high school teacher’s whose classes we all slept through at one time or another. At least her one and only episode will soon be forgotten, just as long as the show doesn’t plan a repeat performance with the socialite. Which leaves me wondering who’s idea it was to even invite her to appear on the show in the first place. Someone must have thought it was a good idea, after all. As scary as that is, it is even more frightening to ponder what they have planned next. Maybe Snooki will come to Llanview next, or Charlie Sheen, or perhaps even Sarah Palin. I mean, it’s not like any of those people could be any worse that Kourtney Kardashian, right?

Before going ‘Brown’ and finding her ‘Hope,’ this actress played a preppy Llanview socialite back in the 1980s.

This model turned actor played a ‘Gardner’ in the mid 1980’s, before jumping out of daytime and into a successful primetime series.

So who is this mystery group from the past? I’ll have the answers in the April 30th edition of My View of Llanview. And don’t forget to check out my Twitter page for all the latest “OLTL” news and information at SON.

Now, before I wrap up this column, I’m going to look into my crystal ball and give you a quick sneak peek at a few things coming up a few weeks down the road. These are for the week of May 2nd. Will wedding bells be ringing again for someone? A confession is made. A teen searches for a family member. And one person tries to put the moves on an old flame.

Well that’s concludes yet another column. Hope everyone is doing well. Enjoy the warmer weather and have a great Easter. And until next time remember, we only have “One Life to Live”…