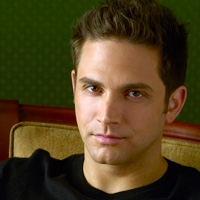 Jason warns Carly of Johnny may be recruiting Michael for the mob. Johnny visits Anthony in prison, who claims no involvement with Brandon’s murder. Carly confronts Johnny and we see Anthony knows more than he claims.

Jason and Sam finally decide they should try to have a baby.

Elizabeth realizes Nikolas has not yet looked at the results and dissembles.

Siobhan plans to leave for Ireland without telling Lucky.

Patrick and Robin have their first official marriage counseling session, leaving them both feeling gut-punched and daunted. A worried Robin confides in Maxie her fears that Patrick will evolve past her. Lisa masks a narcotic as an herbal supplement, giving it to Kristina.

Kristina asks Ethan to the prom, but he turns her down.