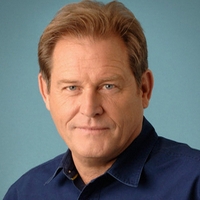 (SoapOperaNetwork.com) — As we previously reported, Brian Kerwin (Charlie Banks) has been let go by “One Life to Live.” However, despite the fact that his character’s marriage to Viki (Erika Slezak) is all but over, don’t look for the actor to exit Llanview for several more weeks as more drama lies ahead for Charlie.

Even though Charlie was recently reunited with his old flame Echo Di Savoy (Kim Zimmer), that doesn’t mean the lovebirds will be riding off into the sunset together. That’s right, there’s about to be some trouble brewing between the pair courtesy of Viki and Dorian (Robin Strasser). But how will Charlie react when he learns what Echo has been keeping from him?  Tune in to find out!

According to Soap Opera Digest, Kerwin’s final airdate is expected to be Wednesday, May 11. He joined the show in 2007 and was nominated for Daytime Emmy Awards for the role of Charlie in 2008 and 2010. He has also appeared on Broadway, in “The Young and the Restless,” and in countless other television series, including “Desperate Housewives,” “Nip/Tuck,” “Frasier,” “Law & Order,” “Without a Trace,” and “Beggars & Choosers.”