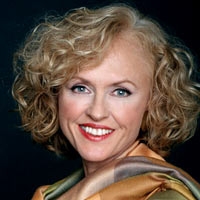 Things seem to be getting worse for Erica when a disembodied voice insists she tell Jackson that she doesn’t want to get married. Erica agrees to the demand after he/she makes it clear they have access to her family. After Jack gets the call from Erica he’s devastated while she’s shaken at having to break his heart. Caleb doesn’t believe what Erica’s told Jack particularly since in the call she claims she doesn’t want to get married due to her feelings for him. Opal admits the more she thinks about things the fishier they get. Krystal admits to Angie that she has feelings for Jack.

Ricky yells at the guard he paid for botching up Griffin’s murder. Kendall, meanwhile, talks with Griffin and tells him what’s happened with Erica. Realizing she thinks he could be responsible for her mother’s disappearance, Griffin is hurt. Ricky walks in to find Kendall upset and yells at Griffin, assuming he’s the cause. Jesse informs Griffin he is being charged with murder. After a telling moment, Kendall comes to a shocking realization about Ricky.

Angie calls Jesse out on acting differently lately and he blames it on the case against Griffin and now Erica’s disappearance. Angie confesses to Krystal that Jesse hasn’t been himself lately. Jesse confides in Brot that Angie can tell he’s not himself and decides he has to pull himself together to be a good father.

Marissa offers to help Bianca out with the Miranda situation since she is so stressed out over her mother. JR arrives with AJ and after he compliments her Marissa says she must deal with her feeling and isn’t going to freak out for AJ’s sake. JR thinks Marissa has been more open to him because of Bianca.