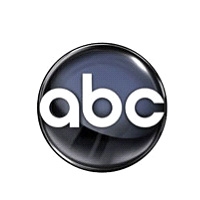 (SoapOperaNetwork.com) — Fans of the ABC soaps can breath a little easier. Although the network is planning extensive coverage of the United Kingdom’s royal wedding between Prince William and Kate Middleton on Friday, April 29, there are currently no plans to pre-empt “All My Children,” “One Life to Live,” or “General Hospital,” according to a press release.

Diane Sawyer and Barbara Walters will co-host the festivities live from London’s Buckingham Palace on April 29 from 4:00 – 10:00 am ET (9:00 am – 3:00 pm London time). It will be followed by a special West Coast edition of “Good Morning America,” the network will return to its regular daytime schedule. ABC News coverage of the royal wedding will then resume later that evening at 9:00 pm ET with a two-hour “Special Edition of 20/20,” called “A Modern Fairytale,” hosted by Walters.