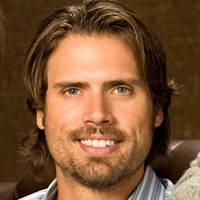 (SoapOperaNetwork.com) — A look at what's happening on "The Young and the Restless" during the week of March 7, 2011.

Sofia questions Neil’s true reasons for sticking up for her with Tucker on Monday, March 7. That same day, Malcolm professes his love and proposes to her for the second time. Tucker makes some serious business threats. On Thursday, March 10 Meggie gets duped by Deacon. Friday, March 11, Nikki is floored by some shocking news.

The Inside Story: Triumph and Heartbreak
The judge’s ruling has been decided but when Victor and Adam are no-shows, he has no choice but to delay it. The Newman children wonder what Victor could be up to, while Michael has his own reasons for worry. As everyone is wondering the whereabouts of Adam and Victor, Heather discovers that Victor is in some sort of secret meeting with the DA. Victor, wanting to do right by Sharon, informs the DA that he witnessed Sharon trying to save Skye from falling into the volcano, which proves that Skye’s death was accidental. The DA immediately questions Victor’s sudden reasons for coming forward. Elsewhere, Sharon worries that Adam is nowhere to be found and begins to search for him. She soon has an encounter with Heather, who rubs it in that Sharon was only being used by Adam just as he did with her. Despite Sharon’s defense for Adam, she is unnerved by Heather’s comments. Now that Victor has made his statement to the DA, he heads to the courthouse for the arbitration. Once there, he lights into his children for their betrayal and barks that he would rather let the company fall apart than give it to them. He goes further in pointing out to Abby that all of this started because of her. It is then that Neil arrives, determined to set the record straight regarding Adam’s ‘sudden’ forgery claims. He tells the judge that there was no way that Adam could have forged Victor’s names on the trusts and gives the judge proof of the matter.. In light of the new information, the judge makes his ruling, and it’s against Victor. Furious of the outcome, Victor goes after Neil for his ‘betrayal’ telling his former employee that if he had issues with him, he should have come to him on them. Once Victor is gone, Nick, proud of their accomplishment, announces that he wants to have a victory dinner. Abby, however, bemoans that all the money in the world isn’t worth the pain it has caused. When news gets out about the ruling at the arbitration, Nikki heads over and is stunned at the behavior Victoria and Nick are displaying. She lashes out and tells them that she’s ashamed of the both of them and sets off to find her ex-husband.

A Closer Look:Merely Second Best
On her way to find Victor, Nikki arrives and is greeted by Diane, who answers the door. Once inside, Nikki makes a comment about Victor’s birthday, which Diane pretends to remember. Seeing that Victor hasn’t returned and less than thrilled with being around Diane, Nikki departs. Once gone, Diane quickly does her best to come up with a birthday celebration before Victor returns. When he does return, he walks in on a elegantly prepared dinner for him. Still reeling from the arbitration decision, a furious Victor overturns the table and storms out to the stables. Nikki, who has decided to take a ride to clear her head, finds herself face-to-face with Victor. She instantly comforts him by offering him her sympathy, in turn Victor expressing that she is the only one that truly knows him the best. He reaches out and the two share an embrace that soon turns into passion. As the two give in to one another and have sex, Diane, worried about Victor, unwittingly stumbles upon the two. Stunned at the sight of the two exes having sex, Diane quietly slips out of the stables. Despite having sex with Nikki, Victor still has Diane in his sights and tells her that he wants the two of them to elope. When she is hesitant, Victor tells her that he’ll patiently await her answer. Diane soon has a change of heart and decides she wants to become Victor’s wife. After getting all dressed up, Diane makes her way to meet Victor.