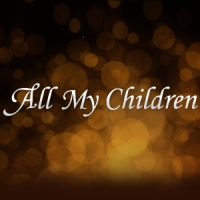 (SoapOperaNetwork.com) — You know who you are, you know what you have done. While millions of viewers wait on pins and needles to find out if their favorite daytime soap is about to get canceled by the network it has aired on for over 41 years, you are looking for work in reality TV. Shame on you!

As previously reported, rumors of ABC's "All My Children" getting canned in favor of a new (and cheaper) talk show in the fall escalated on Monday, March 21, when Deadline.com posted an article that industry speculation had it that the network was in serious talks to pull the plug on the long running drama series. In response to Deadline's article, FOX News posted a piece on their website citing comments from a television analyst, a talent manager, and even Soap Opera Digest and Soap Opera Weekly Editorial Director Lynn Leahey. However, it is a comment from a current "All My Children" writer that raises a red flag. "Everyone always says the writing is on the wall for soap operas to shut down, but this time the writing is in capital letters," said the anonymous "AMC" writer to FOX News, who wished to remain that way should the rumors of the soaps demise prove to be just that. Instead of concentrating on writing well written storylines that delve into the lives of Pine Valley's most prominent citizens through romance, action/adventure, secrets and lies and the all important mystery and suspense, the anonymous writer says "we all hope we can get jobs in reality television." If fans were looking for reassurance on "AMC's" future, they sure didn't get it from this unnamed individual that secretly commented on the status of their current employment opportunity. Should ABC end up proving to us all that they are not canceling "All My Children" or even sister soaps "One Life to Live" and "General Hospital," one would hope the network searches for the anonymous writer and boots their butt off the Andrita Studios lot along with their boring scripts. Now that is a soap opera plot twist!