If you’ve caught “The Young and the Restless’” Thom Bierdz (ex-Phillip Chancellor III) and “General Hospital’s” Ian Buchanan (Duke Lavery) in the web comedy “Old Dogs & New Tricks,” then you know just how much fun it is to see the pair intermingle with middle-aged gay characters in West Hollywood. If you haven’t seen the pair, you’ve been missing out on all of the fun!

In today’s episode, titled “Best Laid Plans,” both Bierdz and Buchanan find themselves tangled knee deep in romance: Bierdz’ character becomes a hot new crush for one of the leading men, while Buchanan’s character becomes the new love interest of a 20-something-year-old! But will the guys’ tricky romantic entanglements work out?  Check out the teasers below, and then look for today’s episode, as well as the Wednesday, April 3 conclusion of Bierdz and Buchanan’s appearances, on the show’s official YouTube channel. 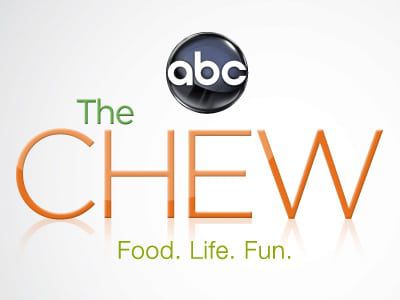 One day on the air and "The Chew" is already beating "All My Children's" most recent performance in Total Viewers and the key sales demographic of Women 18-49. The new food and lifestyle talk show also beat the soaps season to date performance for the 2010-2011 television season that concluded on Friday, September 16.

Sunday, June 23 can’t come fast enough, because that’s when "All My Children" fans are going to go gaga over Susan Lucci's (ex-Erica Kane) debut as Genevieve Delatour on Lifetime’s “Devious Maids”! The dramady, which was dreamed up by “Desperate Housewives” creator, Marc Cherry, and is executive produced by “Housewives” star Eva Longoria (ex-Isabella Williams, “The Young and the Restless”), is already making waves as a can’t-miss hit. And luckily, Entertainment Tonight has released a first look at the maids who will no doubt be causing La Lucci loads of trouble!

EXCLUSIVE: Prospect Park Sets first Airdates for Online Versions of ‘All My Children’ and ‘One Life to Live’

As Soap Opera Network first reported on our Twitter page, Prospect Park has quietly confirmed that "All My Children" and "One Life to Live" will premiere online on Monday, January 16, 2012 and "One Life's" last airdate on ABC will be Friday, January 13, 2012. Previously "One Life" was expected to air its ABC finale on Friday, January 20, 2012, according to sources.