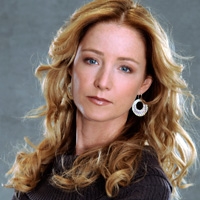 Marty shows up to Natalie and Brody, and Natalie is enraged to hear John vouched for her release from St. Ann’s. John and Kelly have spent the night and they realize that what they have isn’t actually a relationship but way of soothing their wounds. Natalie storms in and confronts John about helping Marty.

Everyone reacts to the news that Clint was arrested for killing Eddie.

Starr and Langston are at the Buenos Dias Café and Langston admits, she misses Ford although she’s not sorry they broke up. Ford comes in and they have a brief wistful moment before Ford leaves.

Starr helps James with his job search and sees the friend request from Deanna. Deanna returns to Rex, dejected and broke, and he tells her he can make her a star.

Ford tells Tess the judge has made a decision about Ryder’s custody.

Joey berates Cutter for running off with Jess. Cutter and Aubrey spar about his interest in Tess and her commitment to Joey. Aubrey works overtime to convince Joey he needs to trust her.