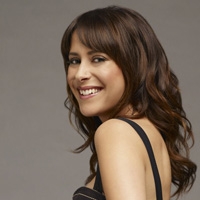 Sonny rushes Brenda to General Hospital under Patrick and Robin’s care. It is not clear they will be able to save her. Jason and Dante pursue Theo as he tries to make his escape.

Johnny & Lisa catch Patrick & Robin in the act of trespassing. Lisa wonders why Johnny did not give her up.

Kristina remains set against Michael dating Abby and takes matters into her own hands when the couple makes plans for an intimate dinner.