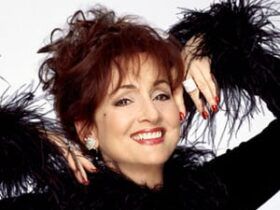 (SoapOperaNetwork.com) — A look at what's happening on "General Hospital" during the week of February 21, 2011.

Johnny and Lisa get very close on Monday, February 21. Lisa comforts Johnny. Maxie enlists Matt's help. Tracy & Lulu don't hold their punches with Dante. Luke faces Tracy's wrath, again. On Wednesday, February 23, a driven Kristina inches closer to the object of her affection. Michael and Abby are honest with each other. Patrick makes a very romantic profession to Robin on Thursday, February 24. Steve and Olivia have a serious discussion.

The Inside Story: 'Til "Death" Do Us Part
Carly's revenge against Brenda impedes Theo from carrying out his. Sam ends up in a jam after putting the pieces together about Shawn. Brenda beats Carly to the punch. Dante & Brenda detail the secret they've been keeping to Sonny and the wedding guests. On Tuesday, February 22, Sonny stops a dejected Brenda from leaving the church with a passionate declaration of love. Sonny & Brenda are announced husband and wife. Shawn agrees to work with Jason. Theo remains one step ahead of everyone. Sonny confronts his unrepentant ex at the reception. Sonny & Brenda share their first dance. Jason & Shawn are ambushed. A wounded Shawn takes Carly hostage. The wedding reception concludes. History repeats itself on Thursday, February 24. Chaos and heartbreak spill over in the wake of the deadly explosion. Michael tries to console Sonny. Lulu comforts Dante. Jason gets a chilling call after concluding that the Balkan's intentions don't add up. Sonny makes a shocking discovery.

A Closer Look: The Business of Marriage
Lucky and Siobhan accomplish their mission together. Siobhan tells Lucky she wants to go home with him. Lucky proposes a green card marriage after immigration threatens to separate them. Back home, a course is set for Elizabeth to once more question Aiden's true paternity. Coincidentally, Lucky and Siobhan discuss what would have been with Elizabeth had Aiden been revealed to be his son on Wednesday, February 23. Siobhan leaves Lucky hanging. Nikolas confides his regrets.