Home / News / Have You Heard the ‘Gossip?’ Tika Sumpter’s Got ‘Game’ 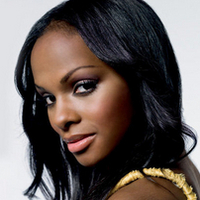 Sumpter, who recently went to recurring status with “OLTL” when her contract expired in July, has joined the cast of The CW’s “Gossip Girl” and the recently resurrected BET series “The Game.”

On “Gossip Girl,” the actress will play a newcomer named Raina, who is said to be “smart and savvy.” Look for her to first air early next year. As for “The Game,” the name of her character is unknown, however she recently visited Atlanta to tape her first scenes for the show, which are also expected to air sometime in early 2011.

Sumpter debuted on “OLTL” as Layla Williamson in 2005. Although her chose not to renew her contract, which expired July 30th, she agreed to remain on recurring status with the soap, taping scenes when needed. She was last seen on “One Life” in September, but will appear again the week of November 8th.

Now in its fourth season, “Gossip Girl” premiered on The CW in September of 2007. The Kelsey Grammer produced series “The Game” aired on The CW from 2006-2009. Earlier this fall, the series was picked up by BET, which will begin airing new episodes of the show beginning January 11th, 2011.