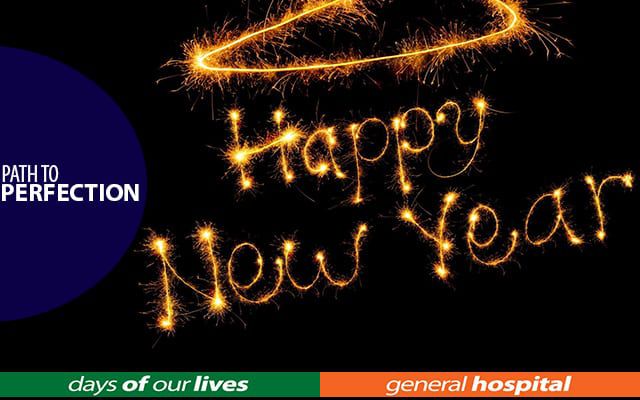 The Monday, October 13 episode of “Days of our Lives” marked the final airdate for James Scott as EJ, and to commemorate the momentous occasion, the series’ beloved actress Alison Sweeney (Sami Brady) took to Facebook to not only list her favorite EJami moments, but to also share what it was like filming the tense scenes that ushered her onscreen love off the canvas. Following in the actress’ footsteps, Soap Opera Network is asking you to share your favorite EJami moments, too!

“So, hi EJami fans,” the actress began on her countdown list, which she started on Monday and has continued throughout the week. “Not sure if you even want to read my #DaysofSami blog today, or if perhaps you can’t because your eyes are bloodshot? I know that I for one, had to lie down with a pounding headache and drink a gallon of water after filming the scenes from today’s episode. But now you know, I had to wait until now to publish my top EJami moments because I thought it might be the right time to look back over this troubled, emotional, stubborn couple’s journey.”

With a goal of listing her top five absolute favorite EJami moments, the actress started with a dance scene the couple shared. “Playing Sami, I didn’t get to do a lot of those romantic gestures that were so big in the super-couple days, right?!” she writes. “I can’t count how many times I was the one eavesdropping on Austin [Patrick Muldoon] & Carrie [Christie Clark] doing some romantic choreographed dance. Now of course, I wouldn’t have traded playing Sami for anyone, but certainly, there was a time when it did seem like everyone else got to do the sappy romantic stuff. So, when i read in the script that EJ & Sami were going to participate in a tango contest on the pier? are you kidding me?! I was feakin’ thrilled. I was super psyched to show up a few extra times for rehearsals with our fantastic choreographer, @ChristycBuss. And boy, did she put us to work. learning the dance, understanding the moves, we definitely got a workout in those rehearsals. And it was just as fun and challenging as I’d hoped it would be. James and I worked hard to learn it enough that we were able to just go through the dance once we were out there on stage. And it turned out great, right?! What a fun memory for me as well as the characters, I’m glad we were able to bring it up again a few times in our last few episodes together.”

Soon after, the actress posted her number four and number three moments: “Ok, so I have to admit, I loved the scenes when Sami admitted to EJ that she’d given him up to [the] DA to try to lessen her sentence,” she wrote of her fourth favorite moment. “I loved them because they were complicated, and twisted, and so in character. Sami was scared and selfish. And she definitely had this idealistic rose-colored idea that EJ could just overcome any hurtle right? Certainly he’d evaded the law plenty of times in the past right?! The clever shift in power from scene to scene, to me, artfully showed the two characters at their best and worst. And how neither character really was that appalled or upset by the others weaknesses. Sami tried to sell EJ out, but he proved why she couldn’t and then recommitted to getting her out his way. There was one little moment there where Sami was totally peeved at EJ for keeping the illegal Dimera Enterprise dealings from her. ha. Gotta love these two. Anyway, the dance between them that’s been there from the beginning, was perfectly summed up in these scenes. They were scenes James and I really took our time prepping, making sure we found the nuances in those crucial moments where the balance would shift, back and forth. Sort of my favorite thing about these two characters.

Honorable mention: I can’t let the whole summer of Colleen [Sweeney/Shirley Jones] & Santo [Scott] go unmentioned… I loved the challenge of it, and the sweet romantic premise of those scenes. I wish I’d had more time to wrap myself up in an Irish accent. I don’t know how well my heritage stood up for me in those scenes, but I did the best I could and I certainly had fun doing it.”

And for the actress’ number three favorite moment? “There’s two particular scenes when Sami and EJ reunited in Jan of ’13 that I loved,” she wrote. “It was just so unique for them to both be so hesitant and uncertain about being together… for once not being at each others throats in anger or passion. But just kind of figuring out what’s next. It was a cute new dynamic for them and I loved figuring out Sami in those moments. Our director had some great instincts for how to make those scenes sing, but James really took the lead too, playing that quirky side of EJ being open and vulnerable to Sami. Those scene lead to by far my favorite line in all of Daytime, maybe in all of tv…(I’m paraphrasing here from memory) Sami said something like she’d seen EJ step into himself, and maybe he needed to do that without her and he replied “in hopes of you.” sigh. swoon. I mean, really. That dialogue just slayed me from the moment I read it. And I loved reading the reactions it got on twitter when it aired. Never been so glad for social media.

Honorable mention: Dancing in the abandoned house, drenched from the rain, to old timey music. Yup – that was a super fun classic soap recipe for romance. A definitive marker in the EJ/Sami story.”