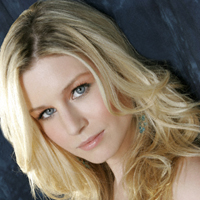 Liza asks the mayor to be considered for the newly available DA position. David expresses to Liza how badly he misses his daughter. Kendall witnesses Liza giving David a small key. Kendall approaches Liza and informs her that she’s moving back to town and would like to have a different dynamic with her. Liza sees right through the act and wants to stop the polite chit chat and cut to the chase.

Kendall presses Greenlee on her feelings for Ryan and encourages her to act on them before it’s too late. The chemistry between Ryan and Madison heats up.

Damon’s feeling pretty low after Colby buys him an expensive gift and he can’t afford to take her to lunch. Damon decides to work the Cooney party to earn some money. Damon suggests Colby take Asher to the party since he’ll be working it.