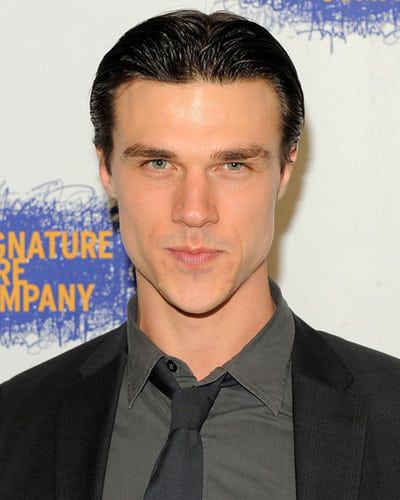 As the daytime drama continues its climb up the endangered species list, frustrated soap fans aren’t the only ones starting to panic. A recent report by TheWrap states that advertisers are beginning to grow concerned as well, preferring soap operas to the talk and game shows that are replacing them.

While the alternatives are cheaper and easier for the networks to produce, soap operas remain more cost-effective for companies and corporations seeking to advertise on TV. “They are even more efficient than much of daytime cable programming. I would be disappointed if all of the soap operas disappeared,” comments an unidentified ad buyer.

The broadcast networks meanwhile, assert that rising costs and changes in viewer tastes and habits are partly to blame for the dying soap opera genre. “We’re not prepared to say soaps are becoming extinct yet, but we are definitely less soap-centric,” comments a network executive.

That fact has become painfully clear to soap fans, who have seen daytime’s two longest running serials (“Guiding Light” and “As the World Turns”) cancelled within the past couple of years, not to mention the fact it came to light earlier this week that ABC reportedly plans to cut production of their sudsers, “All My Children,” “One Life to Live,” and “General Hospital,” by 20 episodes per year and replace them with repeats.

But canceling soaps can also prove to be risking for the networks. The Wayne Brady hosted revival of “Let’s Make a Deal” has thus far performed only marginally better than “Guiding Light,” which it replaced last September. At the time it left the airwaves, “GL” was averaging about 1.7 million viewers per week. Viewership for both half hours “Let’s Make a Deal,” however, has only increased by about 200,000. But while the game show may be easier on the pocketbook for CBS versus “GL,” it has yet to see a significant bump in revenue from advertising dollars.

Other groups are also bemoaning the return of game shows to the network’s daytime line-ups. “If they are replacing a soap opera, a talk show like ‘The View’ or some other type of genre would be better than a game show,” states one media buyer.

Despite the fact that the soap audience has eroded rather significantly over the years, the seven soaps currently on the air bring in an average of 14.6 million viewers per day combined for ABC, CBS, and NBC. And, while that number remains profitable enough to create reasonable rates for advertisers looking to promote their products, there is no doubt that, given current trends, the audience will continue to shrink.

“The Young and the Restless,” for example, has consistently held the #1 spot in the soap ratings for decades, currently having roughly 1.1 million viewers in the women 18-49 demographic each day, according to TheWrap. That is enough to give the sudser a 3.6 ranking, which includes DVR-recorded viewers from within the first 24 hours an episode first airs on CBS. Without counting DVR viewership, that ranking would drop to a 3.2.

While that rumor is impressive by today’s standards, it pales into comparison to the number of people watching soaps even a decade ago. During the 2000-2001 season, at which time DVRs were not counted in the ratings, “Y&R” had an average household ranking of 5.8. With its current numbers, today’s top soap would have finished a dismal eighth out of the ten soaps on the air in 2000.

And the news only gets worse. Viewership for the remaining six soap operas (“As the World Turns” airs its final episode in September), has declined by a total of 2.5 million, or 15%, over the past three years, according to Nielsen Media Research. Along the same lines, TheWrap reports that, according to a source at CBS, “The Young and the Restless” and “The Bold and the Beautiful,” are described as being “safe for now,” even though “B&B” has lost some 400,000 viewers since 2008, numbers similar to that of “As the World Turns” not long before that soap was cancelled.

Even NBC, whose sole remaining soap “Days of Our Lives,” has maintained a fairly steady 2.3 million viewers during the past three years, is not immune to the problems plaguing the daytime genre. Since 2007, “DOOL” has seen the median age of its audience base rise from 50.5 years to 56.7. ABC’s “General Hospital” currently has the youngest audience at 52.3, while CBS’ “The Bold and the Beautiful” has the oldest at 59.5.

But the increase in average viewer age is not only affecting the soaps themselves. The mean age of the typical “Let’s Make a Deal” viewer is 58 — more than a year older than the average age of “GL’s” audience at the time it left the airwaves last September. Additionally, average viewer age for “The View” is 60, and for “The Price is Right,” it’s an even older 63.

Nevertheless CBS, which has yet to announce what will fill the spot of “ATWT” on their fall schedule, has already greenlighted several pilots, according The Wrap. Those include a Emeril Lagasse hosted cooking competition show, a talk show co-hosted by Rove McManus and “Hot in Cleveland” star Valerie Bertinelli, and at least two game shows. No matter what the network decides upon, it will target the coveted female demographic, even though it will likely bring in little additional revenue for advertisers.

“The loss of soap operas is just something we have to deal with. There are still a lot of alternatives in daytime and there are a lot of places to reach women. We’ve come to terms with the realities of economics. We get it and we just have to plan around it,” states an ad buyer.