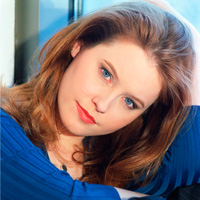 James makes arrangements to meet Bull and turn over the stolen car as payment for his debt. Bull holds Nate hostage and demands that Dani retrieve the money from the bag they found. Nate asks Dani to get the cashier’s check back from his mother and Dani asks Todd for help.

Cops come in search of Hannah but she tells Cole the cops want to bust him for jumping bail. Cole considers giving himself up but Hannah has another plan. Matthew wants to tell Dani that he ratted Nate out to Bull, but Dani blows him off.

Natalie passes her forensics technician’s test and starts working for John. He asks her to analyze the threads found at the scene of the crime against Marty.

Bree announces that she wants Brody to be her father.