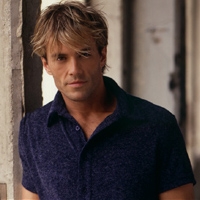 Steve resigns as chief of staff with a surprising decision of who will replace him.

Siobhan levels Elizabeth with a hospital malpractice suit – claiming she purposefully tried to kill her so Lucky would be available. Meanwhile, Lucky returns from a camping trip with Cam and Aiden. Later, Elizabeth asks Lucky for help with Siobhan.

In judge’s chambers, the mediator makes an important decision for Josslyn. Brenda testifies that she and Alec have experienced physical mob violence since she married Sonny.