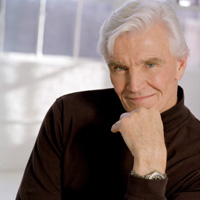 (SoapOperaNetwork.com) — “All My Children” ushers in a month of change.

Victor Alfieri makes his “All My Children” debut on Monday, April 5. Alfieri will play Ciro a fashion photographer who interacts with the ladies of Fusion. The role is recurring. This is Alfieri’s fourth daytime role; he previously played Franco on “Days of Our Lives,” Gianni on “Passions” and Giovanni on “The Bold and the Beautiful.”

Alicia Minshew returns to “AMC” on Friday, April 9. The popular actress who has played Kendall Hart since 2002 will return for a five episode stint which finds her ship-bound character playing hostess to a couple of surprise guests. Minshew is currently in the middle of an eight-month long maternity leave that will reportedly put Kendall back on the scene permanently late this coming summer.

Minshew’s on-screen husband, played by Thorsten Kaye makes his return a couple of episodes later on Tuesday, April 13. The actor is back for three episodes. Kaye spent a little over five and a half years on “AMC” as Zach Slater before parting ways with the soap earlier this year.

Both actors made their way to Los Angeles earlier this month to tape their scenes.

With David Hayward’s (Vincent Irizarry) trial getting underway soon, look for Anna Koonin to reprise the role of his scorned henchwoman Nurse Gayle. Koonin will first appear on Friday, April 9. Koonin has been with “AMC” in a recurring capacity since February of 2009. Joining Koonin, during Hayward’s trial arc, will be Robb Derringer, as Pine Valley’s newest District Attorney, and Patrick Pankhurst, as Judge Meyers

As previously reported, James Mitchell passed away on January 22. Pine Valley will gather to say goodbye to and remember the unforgettable tycoon Mitchell played for over thirty years, Palmer Cortlandt, on Tuesday, April 20. Taylor Miller and Gillian Spencer made their way to the “AMC” studio last week to reprise their popular “AMC” roles for the episode. Spencer, of course, played Daisy Murdoch, Palmer’s ex-wife, and Miller played Nina Cortlandt, Palmer and Daisy’s daughter. Both actors appeared on the show from 1979 to 1989.

David Canary has opted to retire and will wrap up his twenty-seven year run on “AMC” this April. The loss of the extremely talented actor, who has earned five Emmy wins for Outstanding Lead Actor (and nearly twenty nominations) for playing Adam and Stuart Chandler, will no doubt leave a hole on the canvas and in fans hearts. Look for Adam’s story to start wrapping up beginning with the news of Palmer’s surprise passing, which will be followed by a shocking revelation that is set to rock the Chandler mansion. It has been reported that Julia Barr returned as Brooke in February to usher Adam out that door, ultimately, so are we really losing Ms. English too? That depends on Brooke’s answer to Adam’s question on Friday, April 23.

In other casting news, Sadie Stratton, will debut in the role of Baby Trevor’s new nanny Jane on Wednesday, March 31.