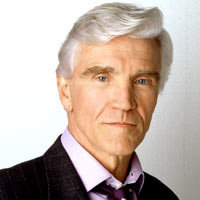 Adam comes upon a zombie-like Annie holding the tire iron and instinctively backs away, uncertain what to think. Scott’s arrival snaps Annie out of her trance. Scott later confronts Colby, who finally admits she’s responsible for the stunt but remains unremorseful. Adam reads Scott, Colby and Annie the riot act after hearing Colby admit her guilt while accusing Scott of still having a thing for Annie.

Liza’s disheartened when Damon tells her that Bailey is staying at her parent’s house with Stuart permanently. Natalia arrests Damon in connection to the recent string of burglaries.

Jesse convinces Angie they need some time alone and whisks her away to a room at the Yacht Club where they reconnect and make love. Not wanting to ruin his parent’s time together, Frankie fails to give Angie an urgent message which results in the death of a patient.

Ryan eavesdrops as Greenlee pours her heart out to Jake and is deeply affected by what he hears. After telling her he’s going to back off, Ryan and Greenlee begin to enjoy being together without feeling any pressure. Greenlee’s touched when Ryan remembers her birthday and presents her with a cupcake.

Adam tells Tad to speed up the search for Sonia Reyes.