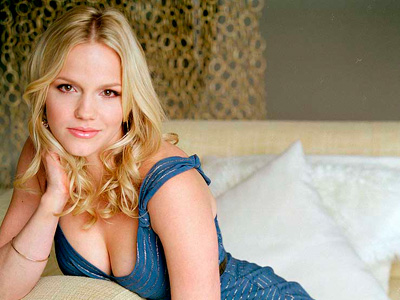 (SoapOperaNetwork.com) — Yeah, Babe Chandler may have died after last years devastating tornado hit Pine Valley, but that was Amanda Baker’s Babe. Alexa Havins’ Babe went to California after the actress opted not to renew her contract in 2007 shortly after real-life husband Justin Bruening (ex-Jamie Martin) left the soap with hopes of making it big in Hollywood. He starred in the NBC series “Knight Rider,” which lasted for one season during the 2007-2008 TV season. The series was canceled due to low ratings.

With “All My Children” heading to the West Coast in January, it has been speculated that Havins and a number of former “AMC” stars, who are now L.A. based, are being courted to come back to the drama series when filming begins in Los Angeles. Soap Opera Network has learned, however, that Havins will not be returning to the show as Babe nor as a look-alike or even a recast of Marissa Tasker (played by Brittany Allen), who is Babe’s fraternal twin sister. According to sources, Havins has made it known that she has no desire to work on a soap ever again. “She is happy where she is and what she is doing. She has no intention of returning to ‘All My Children.'”

“All My Children” airs Weekdays on ABC. Weeknights on SOAPnet. Check local listings