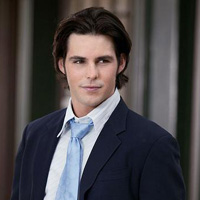 Jason manages to get Michael to calm down after he has a violent outburst directed towards Elizabeth. Jason admits to Sonny he doesn’t know whether or not Michael should live with Carly. Michael’s agonized over not being able to control his emotions.

Claudia fears the worst when Kelly performs an ultrasound on her.

Jax confides to Alexis that he’s keeping secrets from Carly but pulls back from revealing what he knows about Claudia’s role in Michael’s shooting.

Alexis puts the screws to Mayor Floyd to increase the city’s budget for public schools.

Patrick reluctantly agrees to allow Matt to perform the emergency surgery on Brianna Hughes, the Mayor’s mistress. Matt faces a crisis in the operating room while Patrick and Robin are enjoying themselves in the park with Emma.

Maxie gives Spinelli the go ahead to keep digging into why Kate is leaking confidential Crimson information to the competition.