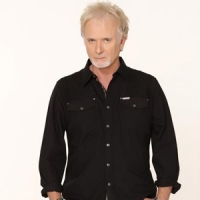 (SoapOperaNetwork.com) — A look at what’s happening on “General Hospital” during the week of June 13, 2011.

Patrick & Coleman discuss fidelity. On Monday, June 13, Robin realizes Brenda is still unsure about the life she has chosen for herself and Alec. Anthony confronts Brenda. Jason & Sam contemplate if they could make the choice to turn away from a child of their own. Sam is hit with cramps while on a case with Spinelli on Thursday, June 16. She is surprised when Robin questions if she could be pregnant. Spinelli & Maxie run into each other the hospital. Lisa gets last minute tips from Anthony on how to exact her revenge. The hospital is sent into lock-down after Lisa makes her lethal presence known on Friday, June 17.

The Inside Story: We All Fall Down
Believing it will bring his son peace, Luke does his absolute “best” to make Lucky hate him. He instead decimates his son who blames his existence in part for what has become of Luke. Luke’s heartbroken children commiserate at the old Spencer home on Tuesday, June 14. Maxie and Dante discuss how to help Lulu deal. Meanwhile, Siobhan and Lulu worry that Lucky won’t recover from Luke’s rebuke. Steve worries about Elizabeth’s stability. Elizabeth goes to see Jason about Lucky. Lucky realizes Siobhan is in the old Spencer home moments after setting it on fire. Dante & Lucky rush Siobhan to General Hospital. Elizabeth realizes Siobhan is on the operating table after rushing in to assist Matt. She makes a potentially fatal error on the operating table.

A Closer Look: Graduation Day
Ethan, once again, makes it clear to a confrontational Sonny that if he decides to see Kristina that he will do it with or without his permission. Carly & Jax call a temporary truce as the kids prepare for their graduation day. Michael & Abby discuss Michael’s options. Kristina admits to Michael that she applied to PCU on his behalf. Michael gets into trouble for the tactic he uses to defend Kristina just as the graduation ceremony is beginning. On Wednesday, June 15, Alexis is dumbfounded as Carly defends Michael’s actions – while Sonny tries to strong-arm the Mayor into giving Michael his diploma. Michael finally listens to Jason’s heartfelt concerns and agrees to working a legal job over the summer. Dante gives Michael good news. Can Ethan escape Max & Milo’s grip in time to give Kristina the gift she wants most?