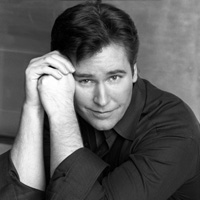 An apologetic JR tells Marissa that he was thinking of Babe when he kissed her. Tad runs into a roadblock or two on his way to deliver the baby to Liza’s birthing session. Jake, Liza and Tad manage to fool everybody but then run into another situation when the paramedics arrive on Monday, June 29. Scott and JR come to an understanding. Colby tells a thrilled Liza that she wants to help her raise her baby brother, Stuart. Jake spins a cheerful tale on Tuesday, June 30, after a forlorn Amanda asks him to tell her who he gave her baby to. Tad urges Jake to be honest with Amanda on Wednesday, July 1. Jake is confident everything is going to work out. “All My Children” airs an encore presentation on Friday, July 3.

The Inside Story: T-r-o-u-b-l-e!
Ryan and Erica rush in when they witness Annie holding a gun on Adam. Erica’s indignation flares when Adam takes Annie’s side and accuses her of just being jealous. Aidan and Ryan work together to prove their theory that Annie killed Stuart. Adam plants one on Annie after spotting Erica spying on them on Monday, June 29. Tad tells Ryan he remembers seeing a woman running from the Chandler terrace on the night of Stuart’s murder. Ryan is convinced that woman was Annie and takes Tad to see North on Tuesday, June 30. Tad admits to North that the woman he saw could have been Kendall. Annie, meanwhile, realizes that Kendall really thinks that she shot Stuart. Erica drags Kendall away from the escalating confrontation as Adam declares his complete and total belief in Annie’s innocence. Annie finds Aidan spying on her. Aidan gives Annie his theory on how she killed Stuart. On Thursday, July 2, Annie is clearly not revealing all she knows when she recounts the events of the night Stuart died for Adam. Erica confronts Annie, who snaps and begins to choke the life out of the petite diva.

Madison refuses to gives Zach any information but does warn him that her husband will succeed in convicting Kendall. Backed into a corner, on Wednesday, July 1, Madison cops to the fact that North cheats on her and is planning a getaway this very weekend. Madison also reveals that her husband once lost the true love of his life. Randi refuses to go away with North despite his persistence and threats. Zach confronts Randi after seeing North leave her apartment. Randi reveals her connection to North. Zach advises Randi to keep her distance from North. Convinced she can help both Jesse and Kendall, Randi arrives at North’s hotel room looking to make a deal.

Ryan and Erica realize just how dire things are for Kendall. Things become more bleak when Jesse walks in on Kendall asking Tad to lie for her on the stand on Wednesday, July 1. Kendall is wrecked with visions of her loved ones being forced to testify against her. Zach and Ryan fear Kendall will do something to dig herself in deeper.