(SoapOperaNetwork.com) — The CW signs on the dotted line and brings the best of daytime to their primetime schedule by agreeing to air the “36th Annual Daytime Emmy® Awards.”

In an update to a story that SON first brought you last month, this year’s “Daytime Emmy® Awards” are set to air on a network other than one of the Big Three (ABC, NBC, and CBS) for the first time in the ceremony’s history. While news of negotiations between The CW and the National Academy of Television Arts & Sciences (which oversees the awards) to air the telecast were leaked last month, the deal was only finalized a few days ago.

In an announcement released on April 7th by the NATAS, the “36th Annual Daytime Emmy® Awards” will air Sunday, August 30th at 8:00 pm et on The CW, live from the Orpheum Theater in Downtown Los Angeles. The broadcast will be produced by Associated Television International (ATI), with MGM Worldwide Television as the U.S. distributor, according to Variety. The awards ceremony will result in the pre-emption of The CW’s regular Sunday night schedule, which features an MGM-distributed movie (which explains the studio’s involvement in the awards).

“The ‘Daytime Emmy® Awards’ are one of the cornerstones of our business,” Frank Radice, President & Chief Marketing Officer, NATAS, said in a press release. “There wouldn’t be a television awards season without them. From the extravagant red carpet to the great entertainment, the viewer will experience the show through new approaches which will make this year’s show more robust and relevant than ever before.”

Jim Packer, Co-President of MGM Worldwide Television, stated: “MGM is always looking at creative ways to work with our partners in bringing compelling product to the marketplace and this is clear example of executing that strategy.”

Jim Romanovich, ATI’s President of Worldwide Media and Entertainment, comments that “We are thrilled to be working with NATAS, MGM and The CW on this year’s special presentation. As the producers of many special events, and as fans of the daytime genre, it is our quest to make this a fast paced, full-filled entertainment special that celebrates the best of daytime.” Romanovich went on to say that “We are close to naming a host and chances are it will be one person. We have a short list of about six people.” ATI president and Emmy® award winning producer David McKenzie has been named executive producer of this year’s telecast, along with Paul Sharratt.

Variety also reports that speculation swirls that The CW has found a loophole that exempts the network from having to pay the standard license fee for the awards, due in part to “an unusual advertising arrangement with NATAS, ATI and MGM.” Dawn Ostroff, entertainment president for The CW reports that, like the network, the telecast has a “core female following,” and will be used to help jumpstart the fledgling network’s upcoming fall line-up. “We’re pleased to have the prestigious franchise on our network. It is not only a terrifically entertaining show with a core female following to our own, but will also give us a promotional platform as we launch our Fall 2009 schedule.”

The recent announcement came as a saving grace to many soap fans who feared that this year’s ceremony would go unaired after CBS announced they were scrapping plans to air this or any future “Daytime Emmy®” telecast due to the record low ratings garnered by the 2008 broadcast on ABC. Last year’s ceremony attracted only 5.4 millions viewers and received a 1.2 rating/4 share in adults 18-49, making it the lowest rated broadcast in the nearly four decade history of the “Daytime Emmy® Awards.” In recent years, the telecast has rotated between the Big Three networks before NBC opted out in 2004 and CBS earlier this year. Following the dismissal by CBS, the NATAS had looked into other possible options, including an afternoon telecast, a webcast, or a move to a cable network.

While the audience following for the “Daytime Emmy® Awards” is somewhat more mature then The CW’s target demographic, it is still likely to give the upstart network a boost, considering the telecast attracts a mainly female audience, and that it will air only weeks before the unveiling of The CW’s revamped fall schedule. However, the ceremony will be facing stiff competition this year, as the schedule change (the 2008 awards aired in June) will pit it up against one of its primetime counterparts. The “2009 Primetime Los Angeles Area Emmy Awards,” administered by the Academy of Television Arts & Sciences (the west coast equivalent of the NATAS), will air only one day before the “Daytime Emmy® Awards” on Saturday, August 30th–sitting up the historic possibility that two major Emmy® ceremonies would take place within only 24 hours of one another. “The L.A. Area Awards” are currently scheduled to be broadcast from the Leonard H. Goldenson Theatre in North Hollywood, California. In addition, the “Primetime Emmy® Creative Arts Awards” will air on September 12th, while the “61st Annual Primetime Emmy® Awards” will be broadcast September 20th on CBS.

The NATAS press release also states “Through the use of innovative programming from social networking sites, audiences will be availed of unprecedented interactivity between the program and audience. Westwood One Radio, the official radio partner of the event will also be offering a wide range of exciting participatory contests for their listeners.”

In addition to the regular award categories for best Daytime Entertainment Drama Series, Talk & Morning Shows, Variety, Cooking, Animation, and Courtroom Drama, the long-running PBS children’s educational program “Sesame Street” will be honored with this year’s this year’s lifetime achievement award in celebration of the program’s 40th anniversary. This year’s telecast is also expected to pay homage to “Guiding Light,” the septuagenarian daytime drama that was cancelled by CBS on April 1st.

The CW Network was launched in 2006 as a joint venture between the CBS Corporation and Warner Brothers. It is the successor of the now-defunct WB and UPN networks. The CW airs programming specifically geared toward the 18-34 year old demographic, such as “Gossip Girl,” “American’s Next Top Model,” “90210,” and “Smallville.” It is one of seven broadcast networks in the United States, which includes ABC, CBS, NBC, FOX, ION Television, and MyNetworkTV. The CW covers more than 95% of television homes in the U.S., and has affiliates or transmitters in 99 of the top 100 television markets in the nation, according to Nielsen Media. The network’s current slogan is “Every Night is Good.”

Soap fans can follow this year’s “Daytime Emmy® Awards” by connecting to ceremony’s official Twitter page by clicking here. You can also check out the official “Daytime Emmy®” website here. 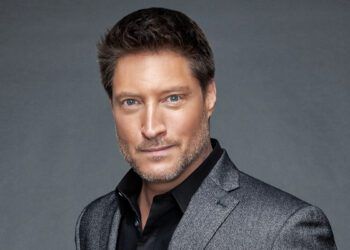 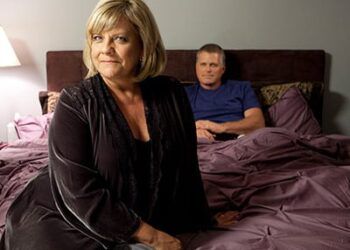