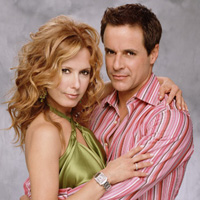 (SoapOperaNetwork.com) — ‘Young and the Restless’ fans will have an opportunity to make their dreams come true, when they sign up for the most extravagant contest ever: A Las Vegas Wedding of a Lifetime.

The contest runs from March 9th through April 13, and those interested in participating can log on to Wedding of a Lifetime and submit a photograph and answer a question about their relationship. Twenty-five semi-finalists will then be chosen by a third party judge, contacted on April 17th and announced on the Wedding of a Lifetime website on April 20th. Once selected the semi-finalists will be instructed to film a video response sharing their most romantic moment together.

On May 6th, the semi-finalists will then be narrowed down to four finalists selected by “Y&R”s Daniel Goddard (‘Cane Ashby’) and Christel Khalil (‘Lily Winters’). The videos of the four finalists will be posted on the ‘Y&R’ wedding website where the viewers will help determine the winner by voting for their favorite couple, who will be contacted on May 31st and announced on the Wedding of a Lifetime on June 1st.