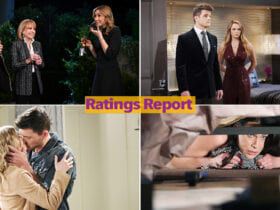 Former “General Hospital” star James Franco (ex-Franco) is about to get a serious roasting on Comedy Central’s upcoming special, “Comedy Central Roast of James Franco,” but that’s not all that is in the actor’s future: A Fox rep confirms he’ll also be guest-starring on a two-episode arc of “The Mindy Project.”

As part of the season two premiere, Franco will play Dr. Paul Leotard, a charming and popular doctor who fills in for Mindy (Mindy Kaling) while she’s doing volunteer work in Haiti. A former fashion model, Leotard switched to the medical profession after he accidentally fell off a runway and was saved by a pregnant woman; the experience made him want to dedicate his life to helping expectant mothers.