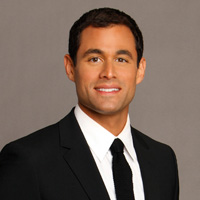 (SoapOperaNetwork.com) — While he may have lost DeAnna Pappas’ heart in the second season finale of ABC’s “The Bachelorette” this past summer, single dad Jason Mesnick, 32, is hoping to find love once more in the 13th season of “The Bachelor.” “General Hospital’s” Bradford Anderson (Spinelli) and Kirsten Storms (Maxie) tag along for the ride.

Launching January 5 on the ABC Television Network, season thirteen of “The Bachelor” promises to bring more surprises and emotional heartback than ever before as Mesnick narrows down his search for love from 25 women to the one that will capture his heart.

Mesnick’s search for love includes a whirlwind travel schedule where he brings one woman to the Walt Disney Hall for a private performance by R&B superstar Robin Thicke, while taking another for a ride over the Los Angeles area courtesy of the famous Goodyear blimp. Other rendezvous include shutting down Legoland California, as Jason treats one lady to a thrilling surprise. Another finds herself wearing a million dollars worth of jewelry, just as Mesnick takes her away on a private getaway to Las Vegas for a panoramic helicopter ride over Red Rock Canyon, with a cozy dinner and a performance by pop singer Kate Voegele. 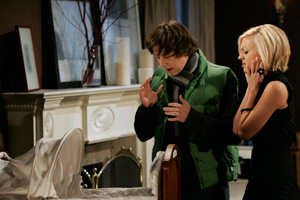 Hoping to lend an additional helping hand, “General Hospital” stars Bradford Anderson and Kirsten Storms will treat Jason and six women to a behind-the-scenes look at “GH.” They will also coach the women the technique for on screen kissing, which provides the bachelorette’s with a chance to “act” out their secret fantasy with Jason.

Hosted by Chris Harrison, “The Bachelor” is a production of Next Entertainment in association with Warner Horizon Television, a division of Time Warner’s Warner Bros. Studios. The series launches its new season on Monday, January 5. It will air from 8:00-9:30 PM on the ABC Television Network.