(SoapOperaNetwork.com) — The ties that bind. 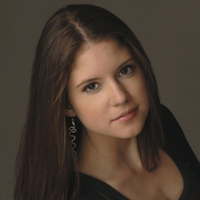 Dorian and Markko bond over Langston. Ray demands Clint pay up. Doing Clint’s dirty work, Ray informs Langston they are now leaving for Columbia. Dorian orders Jackie McNaughton to carry out their agreement. Cristian contacts Antonio, but the connection is terrible. As Antonio, Talia, and Sarah make arrangements to leave for Columbia, Cristian, Vanessa, and Lola leave for Llanview. Dorian, Addie, Blair, Starr, Cole, and Markko are heartbroken over Langston’s imminent departure. Following a failed assassination attempt, Ray arrives at La Boulaie to escort Langston to the airport. Meanwhile, Clint remains confident that Dorian will cave at the last minute. Despite the fact that Clint and Nora have a difference of opinion about his plans, they soon make up. Jackie assures Dorian that everything will work out as planned. Addie tips off John and Blair about Dorian’s deal with Jackie. Langston’s loved ones say good-bye to her at the airport. Dorian has second thoughts after an encounter with “Mel.” But is it too late for her to stop the events she has already set in motion? Also, Antonio, Talia, and Sarah are floored to see Cristian at the airport with Vanessa and Lola. Renee gives Nora love advice. And all hell breaks lose at the Llanview Airport when several groups bump into one another.

The Inside Story: Misery Loves Company

Jared works in vain to break the security code and free Natalie from the secret room. Working together they discover the password, only to be confronted by Tess, who locks them both in the room together. Meanwhile, Viki’s return to Llanfair could spell trouble for Tess. At the same time, Tina is confronted by Cain who accuses of her of double-crossing him, and demands she hand over the Mendorran Crown Jewels. With her back against the wall, Tina pretends to try to open the safe, aware that Tess has changed the combination. Fortunately for Tina, however, Cain passes out after eating Tess’ drugged dip. As Jared and Natalie pray that Viki will find them, Jared is able to call Viki with his cell phone. However, the line goes dead before he can tell Viki where they are. Meanwhile, Tess and Tina hide Cain’s body from Viki, only to discover it missing a short time later. Tess overhears Bo voice his concerns about Jessica to Viki. Deciding to get out while she can, Tess leaves Llanview with Bree, leaving Jared and Natalie to fend for themselves. Tina is shocked to learn that Cain has kidnapped doggie David Vickers.

A Closer Look: Passed The Point Of No Return?

Armed with new ammunition, John interrogates Janet by threatening to reveal her secret past, if she refuses to tell him what he wants to know. John reminds Janet of how she lived in Llanview twenty years ago under the names Lee Halpern, Lee Sanders, and Carol Dennison, and begins to list her misdeeds. Meanwhile, Marty decides to start a journal detailing her blossoming feelings for Todd. Dr. Joplin gives Todd an earful by warning that, if he doesn’t drop his agenda for Starr’s baby that he’ll pass the point of no return in terms of redemption. In addition, she urges him to reconsider his plan to raise Starr’s baby, while at the same time making Starr believe her baby died. Nearby, Starr suffers abdominal pains after attending Lamaze class. After getting the call, Dr. Joplin heads to the hospital with Todd in hot pursuit. Todd becomes emotional after eavesdropping on Starr. Blair and Marcie are relieved when Starr’s pains are deemed a false alarm. Marty’s excitement grows over the prospect of raising a child. Janet only confesses to John that if someone where to be living with Todd, they’re not being held against their will.