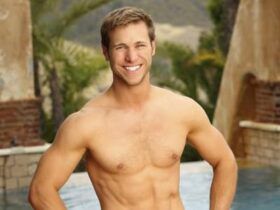 You can always come home again…

In recent weeks “Young and the Restless” characters have been making their way back home to Genoa City. Two weeks ago, Eileen Davidson’s character of Ashley Abbott returned home, along side the return of Billy Abbott. This time around, fans will be happy to see the returns of Tonya Lee Williams and Michael Damien.

Williams reprises her role of Dr. Olivia Barber Winters Thursday, October 23rd. No word yet as to how long the Daytime Emmy nominated actress will stay on the show or as to what exactly brings her character back to Genoa City, but it is evident that Williams is excited about her return.

Williams admits to reaching out to the soap in hopes of one day returning and Maria Arena Bell soon offered up the invitation to return as the beloved doctor. Viewers may remember seeing Olivia at Drucilla’s memorial service in the spring of 2007.

As mentioned earlier, Damien, who also had a brief return to Genoa City as Danny Romalotti earlier this year, will begin taping scenes October 20. His scenes will air sometime in November.

At a recent charity event in Massachusettes, Damien spilled the beans on his return, but at that time wasn’t sure as to how long he would be staying or if he would once again be paired with Michelle Stafford’s Phyllis Newman. No word yet as to when in November his official airdate will begin.

“The Young and the Restless” airs Weekdays on CBS. Weeknights on SOAPnet. Anytime on CBS.com. Check local listings.