(SoapOperaNetwork.com) — On the brink. 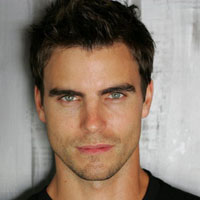 Erica puts the brakes on her budding relationship with Samuel. Angie is beside herself with worry when she learns that Frankie is being sent back to Iraq to complete his tour of duty. Frankie admits to Taylor that he doesn’t really want to go back to Iraq, a notion she finds difficult to comprehend. Taylor is haunted by a disturbing memory. Erica doesn’t get what she wants from Kendall, Jack or even Adam. JR becomes suspicious of Adam’s relationships with both Annie and Pete. Angie turns to Randi for help with Frankie. Randi asks Frankie not to leave her. Tad becomes suspicious of Jesse’s behavior. Amanda asks Taylor how she feels about Jake on Friday, September, 12.

The Inside Story: Risky Business

Josh fears Zach is going to make him pay with his life after he confesses he stole millions from the casino. Kendall tries to intercede on Josh’s behalf but Zach refuses to back down. Kendall uses her pepper spray to disarm Zach’s goons, allowing Josh the chance to escape. As a terrified Josh arrives at Erica’s door, Kendall issues Zach an ultimatum. Erica heads out to confront Zach who continues to ignore Kendall’s pleas. On Tuesday, September 9 Kendall finds Josh at Erica’s and begins to realize how broken a man he’s become. Zach fully intends to make Josh pay for what he’s done despite Erica’s protest. Upon arriving at Erica’s suite, Zach and Erica learn that Kendall and Ryan helped Josh disappear. Ryan takes a job with Zach overseeing the casinos as restitution for helping Josh escape. Zach is fed up with Kendall ignoring the life she has with him. Zach and Kendall make love on his desk. Zach and Kendall begin to take steps in fixing their relationship. Zach instructs his minions to call off the search for Josh.

A Closer Look: Playing with Fire

Ryan’s straight talk doesn’t go over well with the misses. Simmering from her hubby’s rejection, Annie stages it so that Pete accidentally bruises her arms and later claims to Babe, Kendall and Greenlee that Ryan caused the bruises. Babe seems to buy Annie’s claim, but Kendall is a tougher sell. Greenlee’s death becomes an unhinged Annie’s main mission. Annie sneaks out of the mansion and shows up at Greenlee’s penthouse, on Wednesday, September 10, with Adam’s gun in hand. Annie prepares to shoot an oblivious Greenlee when she’s suddenly hit with abdominal pain. Despite being in great pain, Annie manages to sneak out of Greenlee’s place and back to the mansion undetected. Meanwhile, Ryan heads over to the mansion to confront Annie after being served with a restraining order. Ryan’s anger turns to concern when he realizes Annie’s in bad shape. Greenlee reaches out to a distraught Ryan. Greenlee thinks Kendall should give her anger towards Annie a rest. Zach reassures a guilt wrecked Ryan that he’s a good father. Kendall sneaks into Annie’s room with disastrous results.