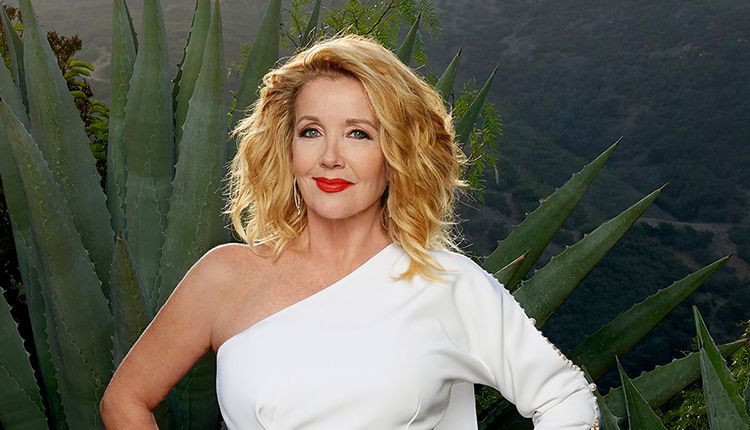 (SoapOperaNetwork.com) — Dorian unleashes her wrath of destruction on an unsuspecting Llanview.

John and Antonio continue to keep up appearances in front of Eddie. However, both become suspicious upon overhearing a nervous Janet inform Ramsey that “she” has become very restless. Antonio, Talia, and John begin to suspect that Ramsey is hiding a woman in his apartment, and decide that Antonio should attempt to break in to investigate. Meanwhile, Ramsey works to calm his houseguest by telling her that she will see her loved ones soon enough. While snooping in Ramsey’s office, John comes across a woman’s medical information and an x-ray. Antonio pays Ramsey a visit, and later tells John that he managed to plant a bug while he was there.

The Main Event: You Can’t the Handle the Truth!

Jared realizes that Dorian and David have teamed up against him, and quickly shares this newfound information with Natalie. Although she feels somewhat remorseful for what she is about to do, Dorian places her well-oiled plan in motion. As Dorian takes to the floor at the Buchanan Enterprises shareholders meeting, Jared and Natalie prepare for the worst. Dorian begins dropping one bombshell after another at the meeting, and produces Pamela Stuart to help back up her claims. Meanwhile, the entire Buchanan family are left speechless by Dorian’s announcments. Enraged, Clint lunges for Dorian’s throat. Jessica can’t believe her sister was in cahoots with Jared. Thanks to Jared’s lies, Malcom gains possession of Nash’s vineyard. Jared and Nash’s fight has tragic consequences. Jared blames himself for all that’s happened, while Natalie realizes what she has done. Gigi and Rex are horrified to discover Nash’s bloody body. Jessica breaks down in Viki’s arms at the hospital. Gigi thanks Rex from protecting her from the broken glass. Viki is disheartened to overhear Jared calling Charlie “dad.” Michael has devastating news for Jessica. Natalie tells Bo that Jared never meant to hurt anyone. As Jessica and her family set vigil for Nash, the young wife attempts to stay strong. Michael tells the family to say their good-byes to Nash. Viki learns that Jessica is pregnant. Nash’s life comes to an end as Jessica wonders how she will ever be able to go on with her life. Natalie becomes the target of Jessica’s wrath. Dorian gives David a rude awakening, and realizes that victory isn’t as sweet as she thought it would be. Jessica tells Natalie she hates her. David informs Viki that he may have a clue as to Charlie’s whereabouts. A Rodi’s bartendar discovers a passed out Charlie in an alley and uses his cell phone to contact Viki. A horrified Viki arrives to find that Charlie has quit breathing, calls 911, and begins administring CPR.

Gig and Rex have an akward encounter. Rex receives a cryptic note concerning Adriana. Viki asks Roxy why she wanted Charlie to claim to be Rex’s father. Roxy makes a quick get away following David’s arrival. Gigi comforts Rex after he learns that Charlie is not really his father. Rex questions Gigi about the note he received. Adriana finds herself backed into a corner when Rex confronts her about the anonymous message he was given. Adriana admits to lying to Rex, but only out of love. Rex decides he has heard enough, and walks out on Adriana, leaving her destroyed. Brody tends to Gigi after realizing that she is in shock following her near death experience. Adriana blames Dorian for sabotaging her marriage, and wants nothing more to do with her. Bo gives Rex some fatherly advice when he admits that he and Adriana are having problems. Rex is grateful for Bo’s friendship.

Blair, Starr, and Addie want nothing to do with Dorian’s latest plan for the Cramer women. Starr wishes that everyone would just get over the fact that she is pregnant. Todd is anything but complacent when Blair slaps him with a restraining order.

Monday: Blair calls the cops on Todd. Jared prepares to deal with the ramifications of his lies. Rex demands that Adriana grant him a divorce.

Tuesday: Clint and Bo demand justice for Jared. Adriana has a long distance plan to salvage her marriage. Renee confronts Jared, while Nigel prepares to confess. Blair questions Addie about her father.

Wednesday: John, Talia, and Antonio spy on Ramsey. Rex confronts Charlie and Roxy. Marty Saybrooke is revealed to still be alive. Tina Roberts returns to Llanview as “The Crown Princess of Mendorra.”

Thursday: Tina’s return to town is anything but quiet. Todd makes a shocking discovery. Starr seeks Marcie’s help with Sam.