As previously reported, cast members from CBS' "The Young and the Restless" appeared on yesterday's edition of "Marie." In honor of the soaps 40th anniversary, the Marie Osmond hosted talker paid tribute to the memory of "Y&R" co-creator and head writer, William J. Bell, and highlighted the longest-running feud in daytime soap history - Katherine Chancellor (Jeanne Cooper) and Jill Foster Abbott (Jess Walton).

Best known for his portrayal of Lucky Spencer on ABC's "General Hospital," actor Greg Vaughan has joined the cast of NBC's "Days of our Lives" in the contract role of Eric Brady. Vaughan tweeted a picture of his first day arriving at the shows Burbank Studio lot on Wednesday, August 8, where he said to his followers, "Here's to to new beginnings's!!" 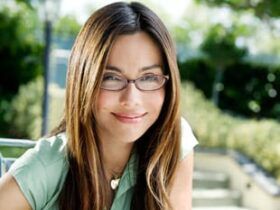 Vanessa Marcil, 40, may have quit daytime in 2003 and hit it big in primetime from then on, but she has never forgotten her roots. In fact, she put a little bit of herself in Kate Hewitt, her character in the Hallmark Channel Original Movie "The Nanny Express."