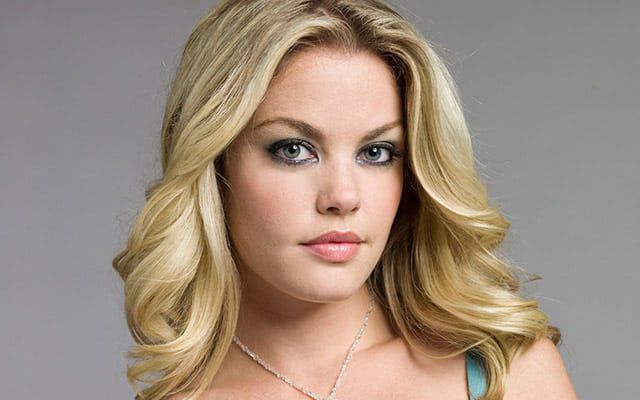 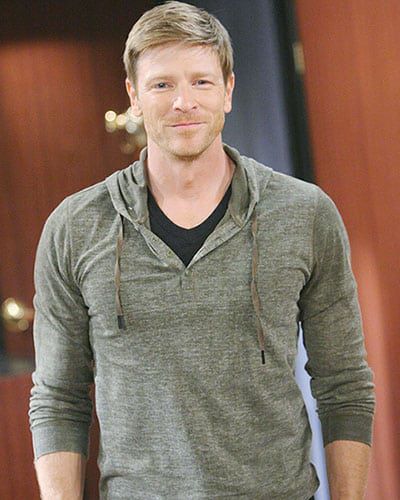 As previously reported, Burgess Jenkins takes over the role of Billy Abbott on CBS' "The Young and the Restless" later this month. Last night on our social media platforms (Facebook and Twitter), we noted that the actor's first airdate is scheduled for Tuesday, June 24. Jenkins began filming scenes last week. In the picture above, fans get their first look at the actor on set.
byErrol Lewis 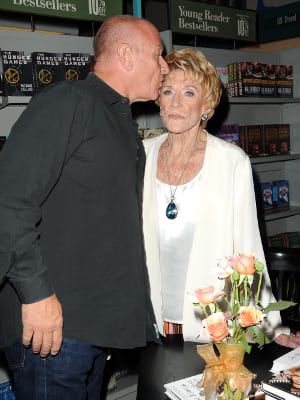 Today marks one full year since the heart-wrenching death of “The Young and the Restless’” Jeanne Cooper, the much-loved and celebrated actress who played Katherine Chancellor for 40 years. During the final weeks of her life, her son, Corbin Bernsen, kept fans updated on his mother’s deteriorating status via honest and touching social media posts, and he’s once again championing the woman the daytime community misses so much — this time, with a candid interview with TV Guide.
byKambra Clifford

Since the passing of “The Young and the Restless’” Jeanne Cooper (Katherine Chancellor) this past May, her son, Corbin Bernson, has done everything possible to properly honor his mother’s life. Not only did he personally take part in memorial episodes the sudser broadcast — and brought some of her real life ashes to be included in Kay’s funeral scenes — he kept fans apprised of his mother’s declining health before her death and the family’s status afterward. Now, he’s doing yet one more touching act in his mother’s honor: Dedicating his latest film to her.
byKambra Clifford

“The Young and the Restless” brought the soap opera community to tears this past May with an emotional and very well planned memorial for the late Jeanne Cooper (Katherine Chancellor), who passed away due to an illness that same month. And now the sudser is pulling out all of the stops yet again to honor the character Cooper played for 40 years. The emotional storyline has already begun playing out with several of Genoa City’s residents receiving letters from the grand dame, and Doug Davidson (Paul Williams) says this is just the start of a powerful story arc that will change the small Wisconsin town in more ways than one.
byKambra Clifford

Life Imitates Life on ‘The Young and the Restless’

As previously reported, CBS' "The Young and the Restless" will honor the life of Katherine Chancellor on Tuesday, September 3 and Wednesday, September 4, when the soap opera pays tribute to the character and her portrayer, Jeanne Cooper, in a two-part memorial service. Per a website dedicated to the character, Katherine died on Thursday, August 1 after a short illness. Cooper died on Wednesday, May 8, also from a brief illness. Fan favorites Lauralee Bell (Christine), Tricia Cast (Nina Webster), Beau Kazer (Brock Reynolds), Adrienne Frantz (Amber Moore), Patty Weaver (Gina Roma) and Michael Damian (Danny Romalotti) will return for the service along with Cooper's real-life son, Corbin Bernsen, who will reprise his role as Father Todd who presides over Katherine's service. Damian will perform “That's When I'll Stop Loving You,” the song that aired in the tribute episode dedicated to Cooper in May.
byErrol Lewis

Corbin Bernsen (Henry Spencer, "Psych"; ex-Father Todd Williams, "The Young and the Restless"; ex-John Durant, "General Hospital"), who helped introduce the In Memoriam segment at "The 40th Annual Daytime Emmy Awards" chats with Soap Opera Network on the passing of his mother, Jeanne Cooper (Katherine Chancellor, "Y&R"), and the tribute episode celebrating her life and career produced by CBS last month and why she will always be remembered.
byErrol Lewis

We're certainly hoping that the 40th Annual Daytime Entertainment Emmy Awards will feature tons of soap opera related content, but we don't want to forget about all of the other daytime programming set to shine during the big night! Several other categories will be celebrated, and HLN just released the list of presenters who will be handing out the coveted awards.
byKambra Clifford

Il Volo, the Italian Opera trio, have been confirmed to perform their hit song "Mas Que Amor" during the “In Memoriam” tribute of the "40th Annual Daytime Entertainment Emmy Awards," which will be introduced by “The Young and the Restless’” Max Ehrich (Fenmore Baldwin), Bryton James (Devon Hamilton), Hunter King (Summer Newman), Jess Walton (Jill Foster) and Corbin Bernsen, the son of the late Jeanne Cooper. The tribute is scheduled to honor the legendary actress who died last month.
byErrol Lewis

Fans of “The Young and the Restless’” Jeanne Cooper (Katherine Chancellor) were kept in the loop about the actress’ illness and eventual passing by her son, Corbin Bernsen (“Psych”), and now the actor is set to speak out yet again on his mother’s tragic death.
byKambra Clifford

"The Young and the Restless" will air a special tribute episode to the late Jeanne Cooper on Tuesday, May 28 (12:30-1:30 PM, ET; 11:00 AM-12:00 Noon, PT) on the CBS Television Network. Cast members and friends of the beloved actress, including Melody Thomas Scott, Christian Le Blanc, Tracey E. Bregman, Eric Braeden and "The Bold and the Beautiful's" John McCook and Heather Tom, as well as family members such as her son, Corbin Bernsen, recently gathered on set to shoot a celebration of the life of their late friend, who passed away earlier this month at the age of 84. Cooper, the Emmy Award-winning actress who portrayed Katherine Chancellor for more than 39 years, is the show’s longest-running cast member.
byErrol Lewis

When Jeanne Cooper first stepped into “The Young and the Restless’” Genoa City as Katherine Chancellor back in 1973, soap opera history was made. Written by show creator William J. Bell specifically to convey controversial storylines that would boost weak ratings, Katherine was everything the wealthy wife of Phillip Chancellor II shouldn’t be: a drunk, a heavy smoker and a bit of a slut who had illicit affairs with stable boys. Despite the character’s many problems, fans fell in love with Katherine — as well as the actress who so effortlessly brought her to life.
byKambra Clifford 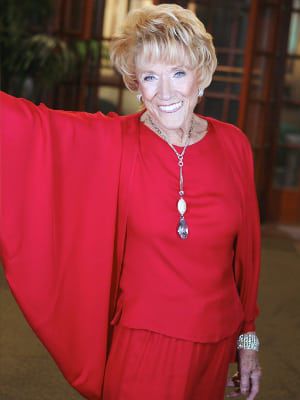 It is with great sadness to report that Jeanne Cooper (Katherine Chancellor, "The Young and the Restless") has died. The 84-year old actress, who has been in and out of the hospital in recent weeks, died this morning in her hospital bed with her daughter by her side.
byErrol Lewis

"RIP Jeanne Cooper (1911-2013) Dead," read an inappropriate tweet by tweeter @BravoMaxine, which was tweeted to twitter accounts @ebraeden @melodythomassco @victoriarowell. The tweet received a response from Victoria Rowell (ex-Drucilla Winters, "The Young and the Restless") who said, "A special lady & great Native American actress." Thankfully, we can report that Jeanne Cooper (Katherine Chancellor, "The Young and the Restless"), who was actually born in 1928, is very much alive as stated by Eric Braeden (Victor Newman, "Y&R"), "Contrary to some statement, Jeanne Cooper is doing better and sitting with her daughter Caren by her bedside!!"
byErrol Lewis