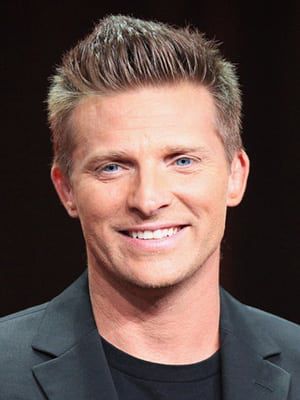 For the fourth consecutive week, NBC’s “Days of our Lives” has averaged more than 1.7 million viewers. While on the surface that number isn’t significant you have to consider that the show had been averaging just over 1.6 million viewers (1.604 million in actuals) during the four weeks prior to the show’s two-week Olympics hiatus (weeks of July 26-30, 2021 and August 2-6, 2021). In fact, going back slightly further, the soap recorded a series low in Total Viewers during the week of June 21-25, 2021 with just 1.489 million viewers tuning in. Hitting a near seven-month high in viewers (since the week of February 15-19, 2021), “DAYS” averaged 1.777 million viewers during the week of August 30-September 3, 2021. Overall, in the four weeks since returning to the broadcast schedule, “DAYS” is averaging 1.739 million viewers. Compared to the same week last year, “DAYS” was down -9,000 viewers. Week to week the soap is up +55,000 viewers.

Another soap that is doing well courtesy of word of mouth is “The Young and the Restless.” The soap again attracted its largest audience since the week of February 8-12, 2021, which itself was a fluke week considering only one episode aired due to CBS’ coverage of The Second Impeachment of President Donald J. Trump from that Tuesday through Friday. Excluding impeachment week, with 3.617 million viewers tuned in, “Y&R” attracted its largest audience since the week of April 20-24, 2020 which was the final week of originals pre-pandemic. In households, “Y&R” was the second-highest-rated daytime broadcast series behind only a repeat of the second half-hour of “The Price is Right.” In Total Viewers, however, the soap was in third place behind repeats of both half hours of “The Price is Right.” “Y&R” was the highest-rated daytime broadcast series in Women 25-54 with a 0.70 rating. The series was up year to year in Total Viewers (+601,000) and was merely down -4,000 viewers compared to its performance in 2019.

“The Bold and the Beautiful” has now made it to five consecutive weeks in which it has averaged more than three million viewers. For the week, the soap averaged 3.027 million viewers, down -20,000 viewers week to week while it was up +318,000 viewers year to year.

What follows is a breakdown of how the daytime shows performed for the week of August 30-September 3, 2021, sorted by Women 25-54 rating. A closer look at the daytime soaps, including their daily performance in the demos, will be posted soon.

Note: The numbers above are calculated using Live+Same Day viewing and DVR playback, defined as 3:00 a.m.-3:00 a.m, and are courtesy of Nielsen. Household ratings are the percentage of TV homes in the U.S. tuned into television