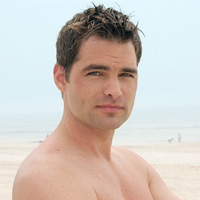 Daniel Cosgrove returns to the soap opera he started his daytime career on.

Just one week following the revelation that Adam Mayfield is out as "All My Children's" Scott Chandler comes word from the newest issue of Soap Opera Digest that Daniel Cosgrove is back in as Stuart Chandler's (David Canary) adopted son.

Daniel Cosgrove, of course, played Scott Chandler on "AMC" from 1996 to 1998. Although the actor started his career on ABC Daytime as Scott, Cosgrove made a name for himself on CBS Daytime. Cosgrove earned two Daytime Emmy Nominations for his work on "Guiding Light" as Bill Lewis. He played the popular role from June 2002 to October 2005 and from October 2007 to the last "GL" episode on September 18, 2009. Cosgrove moved on to the role of Chris Hughes on CBS's "As the World Turns," a role he would play from March 2010 until the show's last episode on September 17. The 39-year old actor also enjoyed a two year stint on FOX's popular prime-time soap opera "Beverly Hills, 90210" in the late 1990s. In 2007, Cosgrove landed a recurring role on a promising ABC prime-time drama called "Dirty, Sexy, Money." Earlier this year, published reports had the actor thisclose to signing on to play a recast of Joey Buchanan on ABC's "One Life to Live."

Cosgrove will take over the role of Cindy Parker's (Ellen Wheeler) biological son from Mayfield (who has played the role for a year and a half) this December. As the path is paved to Cosgrove's return, look for Scott to find himself in crisis when both his professional life and personal life takes huge hits.

Soap Opera Digest also confirms Soap Opera Network's earlier report that both the roles of Scott Chandler and Marissa Tasker were in the process of being recast. Brittany Allen's replacement as Marissa was thisclose to being announced as the latest issue of the magazine went to press.

"All My Children" airs Weekdays on ABC. Anytime on ABC.com.