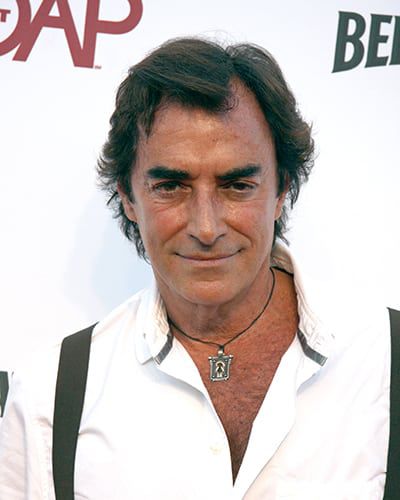 Winning the Daytime Emmy Award for Outstanding Performance by a Supporting Actor in a Daytime Fiction Program for his portrayal as Caleb McKinnon on “The Bay” during the virtual Fiction & Lifestyle ceremony held on Sunday, July 18 for “The 48th Annual Daytime Emmy Awards,” actor Mike Manning (ex-Charlie Dale, “Days of our Lives”) announced that he got married!

In his acceptance speech, Manning thanked Emmy voters, the Academy, his parents, extended family, and his TV families. Thanking his grandparents in particular, he showed his appreciation for their “always encouraging this high strung ADD [Attention Deficit Disorder] kid, that he could be anything he wanted to be when he grows up.” He followed it up with an Emmy salute to his grammy (grandmother) and thanks to his husband, Nick.

Speaking with Soap Opera Digest after leaving the Emmy stage with his award, Manning said, “I grew up thinking I would never get married and I just sort of accepted that.” He added, “To be able to marry my best friend in front of my family and my friends, and I’m the oldest child so it was the first wedding in my family, was very special and very important.”

Without sharing further details, Manning did reveal that his hubby is “not in the business, and he hates attention and he works in finance, so it’s completely different from what I do but he’s very supportive, so I lucked out.”

In a post on Instagram, Manning further noted how he “didn’t expect this. I’m still in shock. Thank you everyone who had a hand in getting me here! The producers, the fans, @thebaytheseries team, my family, I love you all!! Thank you x1000. This one’s for you Grammy.”

To watch Manning’s full acceptance speech and the full broadcast of the Fiction & Lifestyle categories as part of “The 48th Annual Daytime Emmy Awards,” make sure to sign up for free via the official NATAS OTT platform, watch.theemmys.tv.