“American Idol” top seven contestant Julia Gargano will provide an encore perform during “Live with Kelly and Ryan” on Thursday, May 21 (check local listings). The performance is part of “Live’s ‘American Idol’ Encore” which returned this week and gives viewers an opportunity to choose one of the show’s runners-up to give an at-home performance on the show. Gargano, 22, a Staten Island, NY, native won the poll and will return for a performance during “Live.”

Gargano stunned the “American Idol” judges with her original song “Growing Pains” during the Washington, D.C., auditions. The college student also showcased her ability to make the songs of other artists uniquely her own, as she progressed through the Hollywood, Hawaii and at-home segments of the singing competition. She’ll reprise “Growing Pains” on Thursday morning on “Live with Kelly and Ryan.”

“Live with Kelly and Ryan” is distributed in national syndication by Walt Disney Direct-to-Consumer and International, the global content sales and distribution segment of The Walt Disney Company.  The show is produced by WABC-TV in New York and executive produced by Michael Gelman, Kelly Ripa (ex-Hayley, “All My Children”) and Ryan Seacrest. 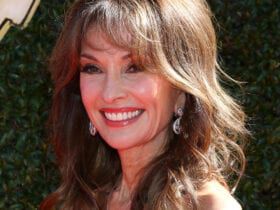 Susan Lucci will appear on the Friday, April 30 episode of "The Dr. Oz Show." She'll be discussing vaccinations, seeing her 104-year-old mother in person, and "Pine Valley," the "All My Children" primetime reboot currently in development at ABC.