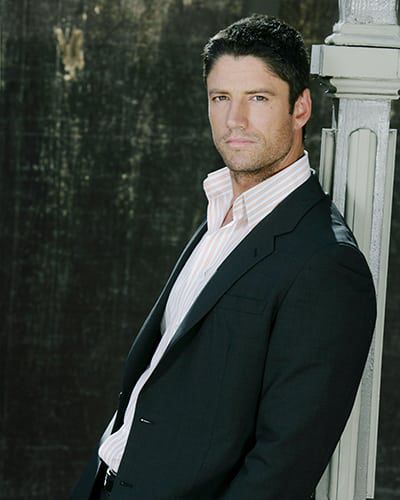 Despite news of a renewal happening in November, NBC has now made it official, official: “Days of our Lives” will continue for a 56th season on the network.

Just over two weeks since NBC stated their love for the soap, the network has finally given an official green light towards continuing “Days of our Lives” for a 56th season.

“From our incredibly loyal fan base to our wonderful writers, cast and crew, the enthusiasm for ‘DAYS’ never wavers,” said Bruce Evans, Executive Vice President, Current Programming, NBC Entertainment. “We’re incredibly thrilled to bring viewers another season of a show that has cemented its place in television history and touches all generations.”

“We are most grateful to NBC for their enduring faith in the future of ‘Days of our Lives,’ and we are excited to continue delivering compelling stories to our loyal family of fans into this new decade,” said executive producer Ken Corday.

Said Steve Kent, Senior Executive Vice President, Programming, Sony Pictures Television: “Ken Corday and his team continue to build on the legacy of quality storytelling and intriguing characters that connect with audiences of all ages. We are thrilled that viewers in the U.S. and around the world will be able to enjoy the award-winning ‘Days of our Lives’ for another season.”

According to Deadline, a sticking point in officially renewing the show was due to Sony Pictures Television, which distributes the Corday Productions produced series, and its desire to make adjustments to the show’s business model, including international sales. Sources told the publication that Sony was adamant that an agreement would have to ensure that the distributor doesn’t find itself going into the red financially when it comes to “DAYS.” Reportedly, Sony had taken the show’s age and declining ratings across the television landscape under consideration during the negotiating period due to the studio finding the series no longer profitable. Ending “DAYS” is said to have never been considered, however.

News of the show’s renewal was technically first announced on November 21, 2019, when word broke that NBC had renewed the series for a 56th season. This news came shortly after it was revealed that the entire cast had been released from their contracts. The renewal essentially put to rest any concern about the show’s future. With NBC now officially confirming the renewal, it is understood that production for the show will resume soon following a production hiatus that began in late November.

“DAYS” will officially celebrate its 55th birthday on November 8, 2020. The new contract extends the show’s time on NBC through at least September 2021.